REDTEA NEWS
NASA Wants to Nudge an Asteroid: What Could...
Has President Biden Lost His Mind?
Biden Nominating Communist to Top Bank Regulator Post
What Do You Get With Woke Prosecutors?
Are You Prepared for War? China Is
FBI Investigating Groups That Helped Afghan Refugees Escape
Illinois Passes Legislation to Eliminate Fossil Fuels
Marines Imprison Officer Who Spoke Out Against Afghanistan...
Will Vaccine Mandates Wreak Havoc on New York’s...
Appeals Court Reverses Its Ruling on Under-21s Buying...
Home America Now Democrats Dig Deep in Desperation to Try to Sink Kavanaugh Nomination
America Now 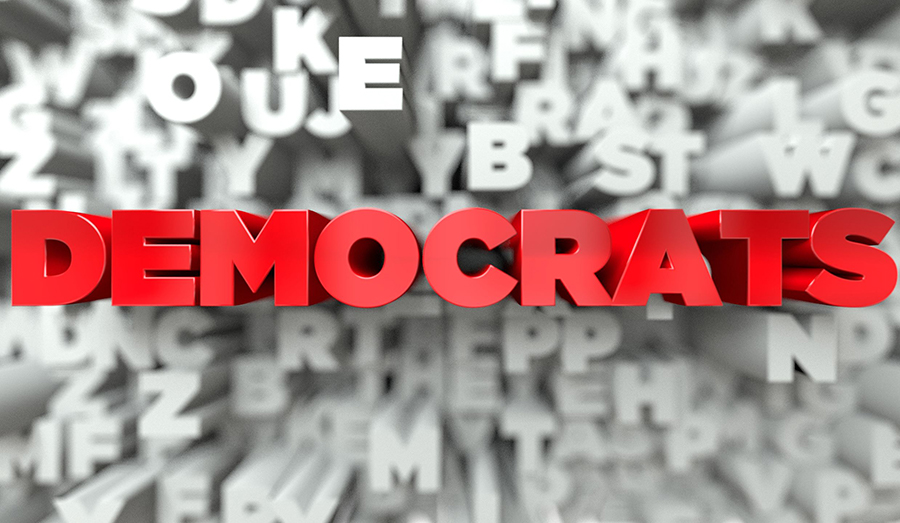 Washington was rocked Friday with details surrounding a sexual assault allegation made against Supreme Court nominee Brett Kavanaugh. According to the allegation, which was made in a letter sent to Rep. Anna Eshoo (D-CA) earlier this year, when Kavanaugh was a high school student he attempted to force himself on a female student at a party. The lady who alleges the assault stated that another male student was present in the room when Kavanaugh attempted to assault her. Kavanaugh denies the claim and the other man states that he has no recollection of the alleged incident.

It shouldn’t be surprising that the Democrats would come up with this type of claim. Mere allegations and hearsay worked to sink the Senate campaign of Roy Moore in Alabama, handing Democrats a Senate seat they otherwise would have lost. But it’s a little different when the voters you’re attempting to influence are other Senators and not the general populace. Of course, coming this late in the year it could be an attempt by Democrats to see whether Republicans will stand by their nominee or whether they will fold. If Republicans defend Kavanaugh then Democrats will undoubtedly paint Republicans as defenders of sexual assault and oppressors of women during the midterm election campaigns.

The calls for consideration of Kavanaugh’s nomination to be delayed in order to assess the validity of this accusation ring hollow. Senator Feinstein heard about this accusation from Rep. Eshoo back in July and could have easily made this information public back then, but she didn’t. She doesn’t really care about the truthfulness of the accusation, but is rather using this as a last-ditch attempt to delay a vote on Kavanaugh until after the election, in which Democrats hope to regain a Senate majority and thus scuttle Kavanaugh’s nomination completely. That’s why it’s so disappointing to see Republicans such as Jeff Flake playing along with the Democratic game plan.

Time will tell whether this allegation stands up to scrutiny, especially since Kavanaugh’s accuser made her name known over the weekend. One of the bedrock principles of Western law is the right of the accused to face his accuser, so the fact that the Democrats were attempting to use an anonymous allegation to discredit a nominee to the highest court of the land demonstrates how little the Democrats actually respect the rule of law and how they’re interested only in wielding power. Now that the accuser is known, Kavanaugh at least has a change to defend himself.

But let’s step back for a minute and assume that these allegations are true. Let’s assume that Kavanaugh did try to force himself on a young lady while he was drunk at a party in high school. Is that really something that disqualifies him from office? Do we really think that Kavanaugh hasn’t matured since he was a high schooler? Do we really believe that an isolated action as a teenager is enough to disqualify someone from the Supreme Court?

If that’s the criteria for making it to the Supreme Court then there’s probably not a person in the country who can qualify. We’ve all done stupid, wrong things as teenagers, and we live to regret them. Unless someone demonstrates a pattern of wrong behavior, and there’s no indication that Kavanaugh has, we forgive them and don’t punish them for past transgressions. It’s a very worrying sign that our society is becoming incredibly intolerant of even single incidences of bad behavior and is quick to demand lifelong punishments for every little transgression. We’ll just have to wait and see how things play out in this particular instance.