REDTEA NEWS
Trump Impeached a Second Time, But Why?
The Leftist Purge of the Internet Is Underway
Democratic Hypocrisy on Protests Knows No Bounds
Do Democrats Want a Civil War?
Will January 6 Go Down in History as...
Georgia Goes Blue: What Does That Mean for...
Leftist Hypocrisy on Political Rallies Growing More Obvious
More Evidence of Voter Fraud Piling Up
A Plea for Normality at Christmastime
Convicted Terrorist Freed After Deemed Too Fat to...
Home America Now Is the Dow Headed for a Crash?
America Now

Is the Dow Headed for a Crash? 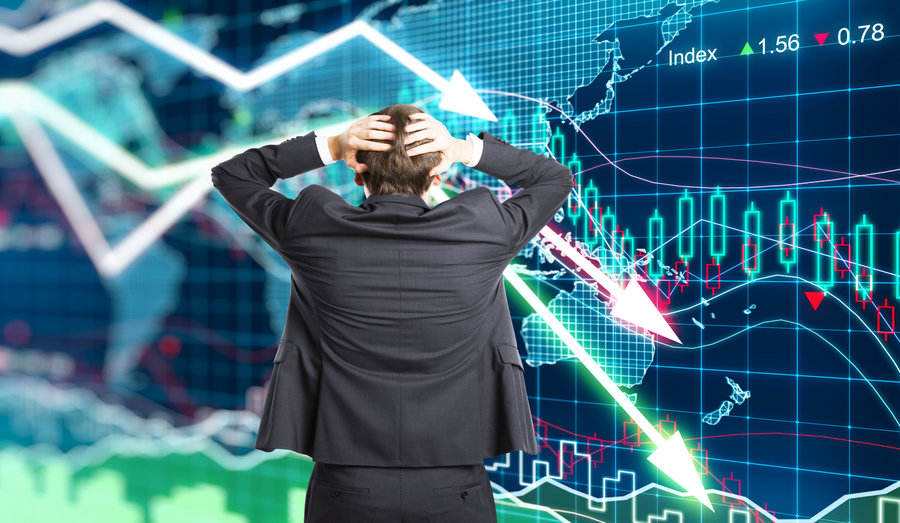 The gyrations in stock markets over the last couple of weeks have unnerved many investors. After two years of an unprecedented bull run, the Dow Jones Industrial Average suffered its largest-ever daily point drop on Monday, falling by nearly 1,200 points. That followed a 666-point drop last Friday, sending the Dow into negative territory for the year. Are these falls just a small correction on the way to new highs or are they indicative of a coming stock market crash?

Markets jumped backed fairly quickly after that large drop, but they still have yet to win back all their previous gains from 2018. Whether the Dow will reach back up to 26,000 points is in question too, as intraday trading remains volatile. It’s certainly not out of the realm of possibility that markets could continue their hot streak once things calm down, but right now trading has become very choppy and volatile.

Many market watchers and experienced investors, such as billionaire investor Carl Icahn, have warned that markets today are acting like casinos and are at risk of plummeting. Prominent bond and hedge fund investors such as Bill Gross and Ray Dalio are similarly warning of problems that will arise in bond markets. Since it has been nearly 40 years since the last bond bear market, there are very few investors today who remember what investing and bond trading was like during that period.

Overall, these are worrying times for investors, particularly those who are nearing retirement. Watching 401(k) and IRA balances rise over the past few years, many investors probably thought that the dark days of the financial crisis were far behind them. But those gains were largely fueled by the easy money that flooded into markets through the actions of central banks. Now that central banks are turning off the spigots and interest rates are rising, it’s only a matter of time before a market downturn. Investors who don’t prepare for a crash will find themselves in a very precarious situation once that crash occurs.