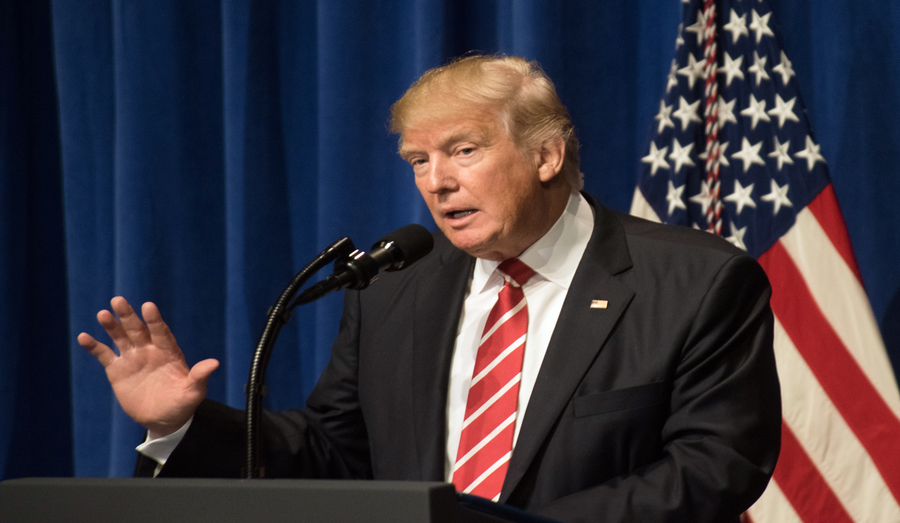 ExxonMobil, the American oil and gas giant descended from the Rockefeller Standard Oil Company, announced in late January that it would be investing $50 billion over the next five years to expand its business in the United States. The company had cited the “historic” Trump tax reform law as the main factor in its decision to “increase oil production in the Permian Basin in West Texas and New Mexico.” According to Reuters, the Permian Basin is the largest US oilfield and produces nearly 3 million barrels of oil per day as the US shale boom continues into 2018.

Those production plans may soon come to a screeching halt, though, since President Trump announced he would be imposing tariffs on imported steel and aluminum next week. Reuters reports that top officials in the energy industry have “issued statements urging Trump to reconsider the idea.” A “source familiar with Exxon Mobil Corp.’s investment plans” told Reuters the executive order could force the company to reconsider its Texas investment plans.

Trump’s tariff plan is shocking conservatives who have long railed against protectionist economic policies often endorsed by leftist progressive politicians like Bernie Sanders. While it is well-known that one of Trump’s campaign promises that helped him cross over and win the union vote in the Rust Belt was “tough” trade policies, Republicans evidently anticipated they would convince him otherwise once in office. Apparently blindsided by Trump trade advisor Peter Navarro, an economist who ran for political office in California as a Democrat, Republicans are scrambling to respond to the President’s announcement.

According to the Waco Tribune, Central Texas Iron Works has “devoted resources almost exclusively to projects related to refining, chemicals and natural gas” in anticipation of ExxonMobil's expansion project plans. The company told the Waco Tribune that they had been “shipping steel to Baytown for more than a year” to compete for contracts with ExxonMobil.

Now, this new business for the Texan iron company is in jeopardy. Trump’s new executive order is not only on shaky constitutional grounds (See Article I of the US Constitution), but it is a huge tax of 25 percent on steel imports and 10 percent on imported aluminum. US energy companies rely on cheap imported steel and aluminum for certain specialized drilling equipment, pipelines, liquefied natural gas terminals and refineries. They are now warning the President that such a tariff plan would not lend itself to “continuing the energy renaissance” that he has so far been largely responsible for by speeding up permits, passing tax cuts, and killing excessive regulations.

Trump may have been convinced by his advisors that such tariffs would be good for US steel companies like CTIW, but as free market economists have often opined, a tariff is a tax and taxes are bad for everyone. Hopefully conservatives can convince him of this before it is too late.

The Market Empowers People to Chase Their Dreams

The Reality of the One-Party State: There’s...