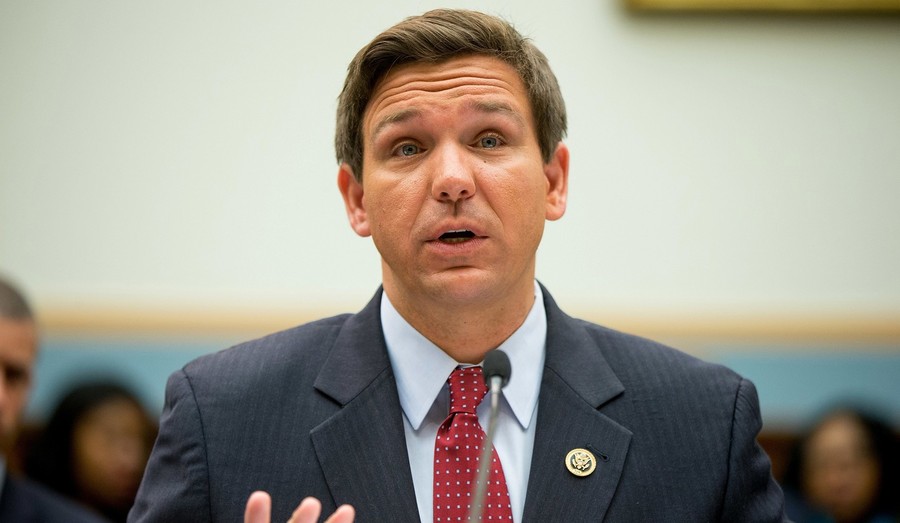 Florida Representative Ron DeSantis got in a heated public debate on Twitter July 23 with self-proclaimed “democratic socialist” Alexandria Ocasio-Cortez. Ocasio-Cortez is currently running for a New York Congressional seat and has made headlines recently for making seemingly ill-prepared remarks and politically illiterate statements. DeSantis sought to take advantage of her weakened PR and shot a tweet at her, calling her out for taking an extremist view on the Israeli conflict with Palestinian territories.

The socialist “It girl” candidate fired back, declaring that she was a “Puerto Rican woman” and saying many of DeSantis’s Puerto Rican constituents would not appreciate his comments about her identity. In response, DeSantis went on Fox News and called her out for playing identity politics to avoid criticism of her “toxic combination” of “socialism wrapped in ignorance.” He added “I don’t care whether she’s an Eskimo, socialism doesn’t work,” and said that the Puerto Ricans she referred to in his home state were people who had fled socialist countries. DeSantis wished the Democratic Party “good luck” with running “Nicolas Maduro” candidates.

Ocasio-Cortez even went on Trevor Noah’s late night comedy show and doubled down on her socialist platform, saying that US is “capable” of providing countless services for “free.” However, one has to wonder if she has ever heard the saying from Margaret Thatcher about governments eventually running “out of other people’s money.”

Campus Reform recently put out a video of a student reporter interviewing Ocasio-Cortez supporters in the district where she is running, finding that many could not explain how the socialist policies she is proposing would work. Her supporters liked the many “free” programs Ocasio-Cortez has in her official platform, but were speechless when challenged on the cost. One young woman ironically said: “Some of it should come from taxes but the government should pay for it.” Others said some people “wouldn’t actually mind paying more taxes” and when asked about the collapse of Venezuela, some did not know the state of that nation.

The 10 Top Supplies to Stock Up on Before a Hurricane