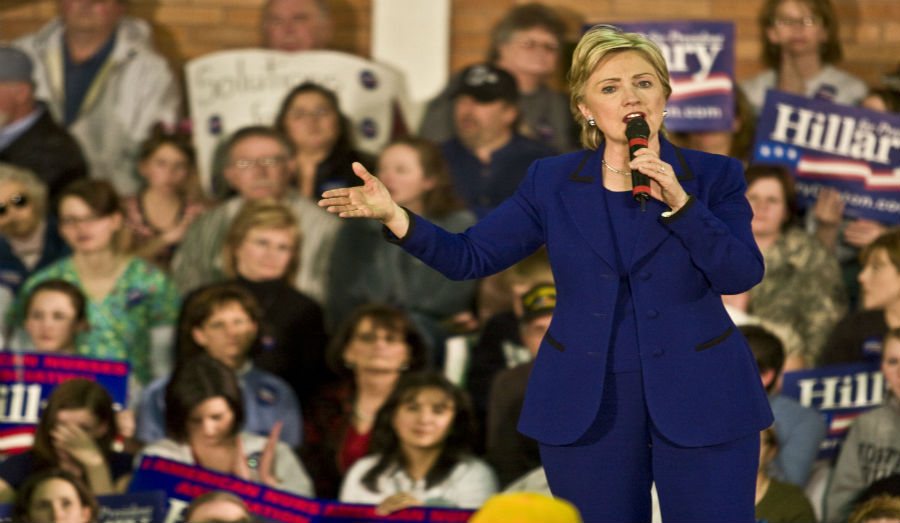 The Hillary Clinton record-erasing saga continues, as reports have surfaced that Clinton and her then-deputy chief of staff Huma Abedin received special permission while serving in the Obama Administration to use their own judgment and dispose of any records they didn’t want public. The Free Beacon says that findings made by the watchdog group Judicial Watch “show the deal allowed Clinton and Abedin to remove documents related to particular calls and schedules,” and the records would even be protected from any FOIA requests.

As a result, any electronic or physical records that Clinton and Abedin deemed “personal” materials and “unclassified, non-record materials” are now erased from existence or somewhere in one of the Clinton mansions. These include “electronic records and five boxes of physical files, including files labeled ‘Muslim Engagement Documents,’” and “the log of the Secretary’s gifts with pictures of gifts.”

This new revelation shows that not only did the Obama Administration allow Clinton to steal and then delete her government emails, including classified emails, but they also allowed her to hide her call logs and schedules. Normally, these records would be required to be searchable under FOIA or National Archives regulations.

Lifezette points out that these records considered “personal” could concern Clinton Foundation donors who benefited from their relationship with Clinton. Of course, all of this secrecy leads to speculation as to what Clinton, a politician plagued by scandal and given special privilege treatment by law enforcement, was trying to hide. Lifezette notes that having two distinct logs of calls called “official” and “personal” leads one to believe that “the uncensored version that might include potentially embarrassing information is hidden away” and protected from public scrutiny.

Judicial Watch President Tom Fitton slammed the secrecy surrounding this and other Clinton scandals involving money laundering and hidden files, saying “When are the American people going to get an honest investigation of the Clinton crimes?”