REDTEA NEWS
Democratic Rhetoric Is Going to Result in Violence
Is Biden Trying to Get Into a War...
Austria Locks Down, Other Countries to Follow
Rittenhouse Acquittal Is a Victory for Self Defense...
The Nanny State Encroaches Even Further
If You Want a Better Future, Educate Your...
Metallurgist Caught Faking Results on Submarine Steel
As Durham Closes In, the Establishment Gets Nervous
The Lesson to Be Learned From the Elections
Biden Doubling Down on the Stupid
Home America Now Former FBI Official Andrew McCabe Referred to Federal Prosecutors for Possible Charges
America Now 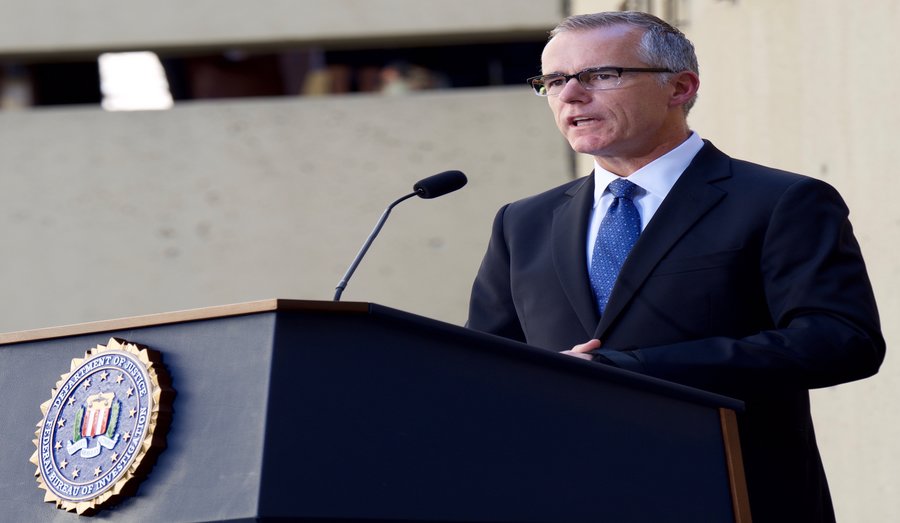 The case of former FBI Deputy Director Andrew McCabe, who was fired in March, has been referred to federal prosecutors by the Department of Justice’s Inspector General for possible charges. McCabe was fired in March by Attorney General Jeff Sessions after the Inspector General determined that McCabe had lacked candor, including under oath. Lack of candor means that the Inspector General determined that McCabe was judged to have intentionally tried to mislead or deceive those who were questioning him, without actually saying anything false.

McCabe was a controversial figure in recent years, as he was a central figure in the investigation surrounding Hillary Clinton, her use of a private email server, and the business in which the Clinton Foundation was engaged. McCabe’s lawyers are confident that no prosecution will result from the referral, and are actually planning legal action of their own. They plan to file lawsuits for defamation and wrongful termination, among other things.

Making this entire affair even more interesting is the deteriorated relationship between McCabe and his former boss, former FBI Director James Comey. With Comey currently in the midst of a media tour to promote his book, and no love lost between the two men, their feud could lead to an outpouring of details surrounding the Clinton investigation and a continuation of the soap opera that has ensnared the FBI.

You Gotta Be Able To Laugh at Yourself