REDTEA NEWS
Tank Gift to Ukraine Exposes the Sad Reality...
The Government Thinks We’re the Terrorists Now
FBI Admits It Uses CIA and NSA to...
The Medical Industry Continues to Fail Patients
Democrats Are About to Learn That Turnabout Is...
If You Like Your Gas Stove, You Can...
McCarthy’s Woes Are Payback a Long Time Coming
The Response to the Twitter Files Is Telling
Are San Francisco’s Killer Robots the Wave of...
The Genocidal Tendencies of Climate Change Crazies
Home America Now Glenn Greenwald, Julian Assange Blast “Fake News” For False Trump-Russia Collusion Story
America Now 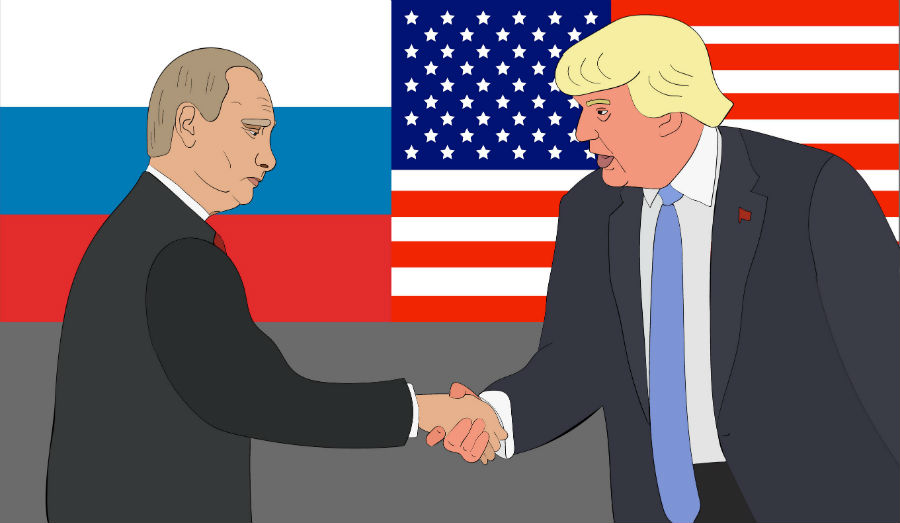 Investigative journalist Glenn Greenwald has been the lone progressive voice calling out mainstream media pundits, US intelligence agencies, and Democratic politicians for hyping up stories about their made up Trump-Russia collusion scandal that is purposely misleading the public. Greenwald is most famous for breaking the stories on the illegal domestic surveillance programs that were unveiled by whistleblower Edward Snowden. Now, he finds himself investigating the very truth-seeking industry he works in more than ever.

In a scathing report for The Intercept, Greenwald blasted CNN, MSNBC, and CBS for spreading “an explosive but completely false news story to millions of people, while refusing to provide any explanation of how it happened.” He writes that for “12 straight minutes,” CNN “flamboyantly” hyped a false story that they believed proved that WikiLeaks “had secretly offered the Trump campaign, even Donald Trump himself, special access to the Democratic National Committee emails before they were published on the internet.”

He criticized the media for believing the intelligence community’s claim that WikiLeaks is an “arm of Russian intelligence,” and for basing their story on a “smoking gun” email that they never verified. Greenwald wrote: “There was one small problem with this story: It was fundamentally false,” and in fact, “The email was not dated September 4, as CNN claimed, but rather September 14 – which means it was sent after WikiLeaks had already published access to the DNC emails online.”

Therefore, this “random person from the public” was simply “encouraging the Trump family to look at publicly available DNC emails that WikiLeaks – as everyone by then already knew – had publicly promoted.”

Greenwald pointed out that the only correction issued by CNN was a tweet posted by Congressional reporter Manu Raju noting the update, and a statement made by CNN’s PR department claiming “that ‘multiple sources’ had provided CNN with the false date.”

Furthermore, Greenwald questioned, “how is it remotely plausible that multiple sources could all innocently and in good faith misread the date in exactly the same way, all to cause the dissemination of a blockbuster revelation about Trump-Russia-WikiLeaks collusion?”

The seriousness of the media’s error could not be overstated by Greenwald, who has been critical of journalists being in their own bubble and lazily relying on themselves and Twitter for stories in order to boost their own publicity.

Julian Assange, the founder of WikiLeaks, has also hammered the media for their false and sensationalized reporting. Assange recently tweeted: “Unlike CNN, NBC, CBS, FOX, AP, New York Times, Washington Post, Guardian--@wikileaks has never had to retract a published story because of false information.” He also stated that he agreed with White House Press Secretary Sarah Sanders who said that journalists have been purposefully reporting false information to forward “some sort of agenda.”

Assange and Greenwald, who by no means support much of Trump’s policy initiatives but who are critical of misinformation spread by US intelligence agencies, have been sounding the alarm on every false news story on the Trump-Russia narrative from the start, and their journalistic integrity should be applauded.