REDTEA NEWS
Is BLM Founder Enriching Herself at Activists’ Expense?
The Mainstream Media Is the Propaganda Arm of...
Will Hunter Biden Escape Justice Once Again?
New Round of Protests Besets Minneapolis
YouTube to Help Biden by Hiding “Dislikes”
Biden Bypassing Congress to Trample the 2nd Amendment
Free Speech and Fairness? The Left Thinks They’re...
Breaking the Rules: How the Left Wins
Lessons Gen. Flynn Learned From the Deep State
Student’s Lies Led to Teacher’s Beheading
Home America Now GW University Law Professor: “Trump Was Not Talking About Replacing a Kennedy With a Kennedy”
America Now 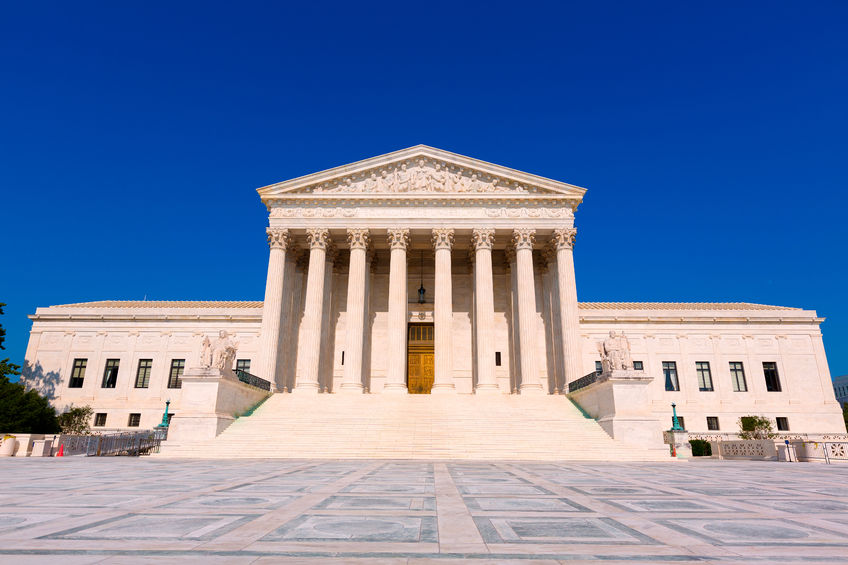 As speculation has been rising surrounding President Trump’s nomination for the vacant Supreme Court seat left by Justice Anthony Kennedy, conservatives and pro-life groups are confident that all candidates on the short list would be strong Constitutionalists. In fact, George Washington Law Professor Jonathan Turley told the Associated Press that he firmly believes Trump is looking to appoint a conservative justice and that it will lead to many Kennedy decisions being re-examined. However, there is one candidate that has stood out among analysts as the strongest political choice – newly appointed 7th Circuit Judge Amy Coney Barrett, a Catholic mother of 7 children.

Barrett faced a nasty confirmation process for the 7th Circuit as Americans began to witness the extreme evolution of the Democratic Party, becoming a political party of basically complete exclusion of those with pro-life stances and of practicing Christian faith. High-ranking Democrats like Sens. Dick Durbin and Dianne Feinstein attacked Barrett during her hearings for her Catholic faith, with Feinstein declaring “the dogma lives loudly within you.” The attacks have since rallied conservatives around Barrett, and made them believe that forcing Democrats to continue their vilification of a successful woman for her religious beliefs ahead of midterms would be strategically smart in terms of electoral politics. Furthermore, as noted by the Washington Examiner’s David Freddoso, “Republicans would benefit from provoking a September battle royale that motivates the Right.”

The Daily Wire reported recently that momentum has been growing in support of Barrett among conservative groups, which has “triggered” Senator Chuck Schumer to already begin attacking her for passing a “‘litmus test’ on overturning Roe v. Wade & striking down the ACA.” He declared that because of Barrett’s personal faith, she would be against stare decisis, even though Roe v. Wade has been thought of for years as a weak legal decision that would be easily questioned and overturned more than forty years later, as prenatal medical technology and science has advanced.

The New York Times has also gone on a campaign against Barrett, running a new hit piece by “religion reporter” Laurie Goodstein who claims the Democrats are correct to question her potential bias due to her Catholic faith. The piece also attacks Barrett for participating in a People of Praise group, a private group of Christians who help each other faithfully live out their vocations. In reaction to the piece, Mollie Hemingway of The Federalist jokingly quipped, “Can Americans ever really trust a Roman Catholic, what with their eating fish on Fridays, and their pope business, and their pledges of commitment to other Christians?”

Fox News reported July 2 that the President has narrowed his list down to 6 candidates and that Barrett is among his top choices. He is expected to make his choice known this evening.