REDTEA NEWS
Quebec to Start Fining the Unvaccinated
McCarthy Threatens to Strip Democrats of Seats If...
Supreme Court Shows Its Schizophrenia
Beset by Crime Wave, LA Residents Flock to...
The Case of Jan. 6 Gets Curiouser and...
Twitter Continues Censorship Rampage, Bans MTG
The Capitol Protests One Year On
Are New CDC Quarantine Policies Based on Science?
Will Biden Hold Himself to the Same Standard...
UK Looking to End Private Car Ownership
Home America Now Why All the Hatred for Christopher Columbus?
America Now 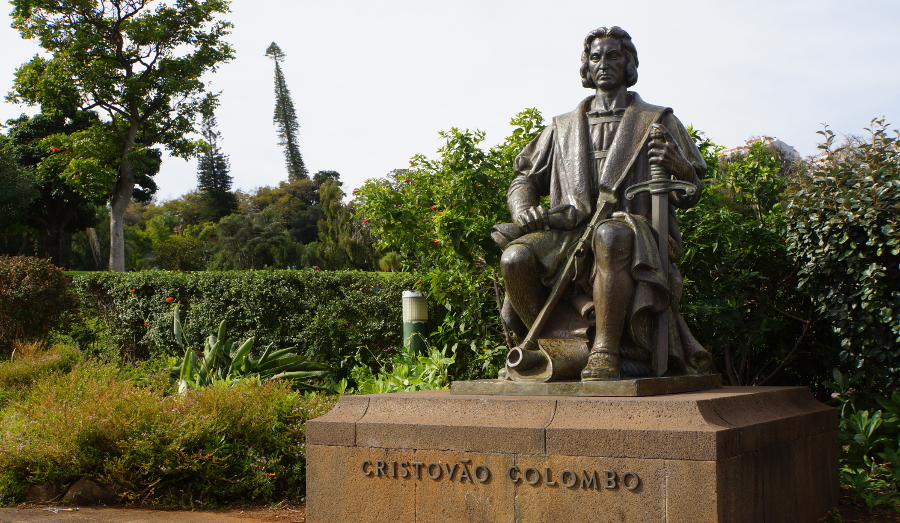 If you’re one of those Americans fortunate enough to have today off work, you’re probably thankful for Columbus Day. But despite today being a federal holiday, an increasing number of states, municipalities, and organizations are deliberately trying to minimize Columbus Day. Why is that?

While Columbus Day was only made a national holiday in 1934, its celebration in the United States dates back to the 1860s. It was largely celebrated by Italian immigrant communities, who wanted to highlight the importance of the Genoan-born explorer’s discovery of the new world. Much of the support for making Columbus Day a national holiday came after lobbying from Italian-Americans and the Knights of Columbus fraternal organization.

In fact, most opposition to Columbus Day historically was a result of anti-Catholic sentiment, the outgrowth of Black Legend propaganda that had its origins in 16th- and 17th-century English propaganda and continues to this day. But while the anti-Columbus faction in the 19th century was composed largely of English-speaking Know Nothings who denigrated the Spanish Empire, today’s anti-Columbus know-nothings are often Spanish-speaking left-wing social justice warriors who denigrate Columbus not just because they’re anti-Catholic but because they’re completely anti-Western.

To the post-modern, post-Christian, post-gender left, Columbus’ biggest crime is that he was a straight, white male who introduced Christianity and Western values to the New World. He and his discovery of the New World, in their view, was responsible for exploitation and repression by European settlers. While there were no doubt abuses that occurred under colonial rule, pre-colonial life was by no means idyllic, with war, exploitation, and human sacrifice all a regular part of life.

Colonization by the West brought civilization and advancement to the Americas, allowing it to become what it is today. But the ever-angry left-wing hordes who seek to tear down the structure of our society don’t want to see it that way. Those who wish to be perpetual victims blame Columbus for everything bad that has ever happened to indigenous peoples in the Americas, despite the fact that most of the indigenous deaths were due to disease, and the fact that most of the worst abuses in the New World occurred after Columbus’ death.

Facts don’t matter to those who want to turn Columbus into the epitome of everything that is wrong with the Western, Christian, hetero-normative patriarchy that they think exists to oppress indigenous communities, sexual minorities, and people of color. So they latch on to any negative accounts of Columbus’ behavior they can, in order to delegitimize not just Columbus but the entire history and development of the Americas post-1492. Indeed, Columbus had made so many jealous and bitter enemies even within his own lifetime that it is difficult to this day to determine fact from fiction in regard to his life, so take anything you read about him with a grain of salt.

Just be assured that anger directed against Columbus, and pushes to replace Columbus Day with Indigenous Peoples Day, may use tales of rape, murder, and mutilation to push their agenda even if those are wildly exaggerated fabrications. The real goal of the leftists is to denigrate Western values, religion, and cultural mores by tying them to and making them responsible for all those abuses that occurred in the Americas. Anyone who looks into the claims of the angry leftists even somewhat critically can see that they aren’t true, which is why revisionist attempts to ignore or overturn Columbus Day should be combated whenever and wherever possible.