REDTEA NEWS
Democratic Rhetoric Is Going to Result in Violence
Is Biden Trying to Get Into a War...
Austria Locks Down, Other Countries to Follow
Rittenhouse Acquittal Is a Victory for Self Defense...
The Nanny State Encroaches Even Further
If You Want a Better Future, Educate Your...
Metallurgist Caught Faking Results on Submarine Steel
As Durham Closes In, the Establishment Gets Nervous
The Lesson to Be Learned From the Elections
Biden Doubling Down on the Stupid
Home America Now The Housing Market Is Experiencing Affordability Problems
America Now 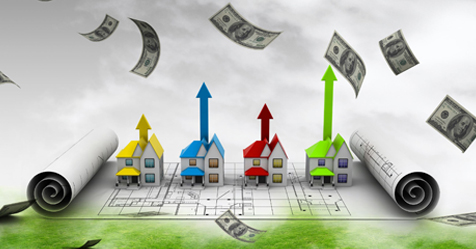 For many years, real estate was considered one of the most stable investments a person could make. Then when the housing crisis came along in 2008, prices plummeted and the market became unstable. Fortunately, in the last few years, they’ve been slowly trying to inch their way back up and become strong again. The Federal Housing Financial Agency (FHFA) price index has been going up since 2012. But this isn’t necessarily indicative of the actual strength of the current housing market. There are other factors to consider.

The growth of the housing market has raised certain concerns about affordability. It’s great that home values are going up, but does that mean fewer people will have the means to buy one, or to pay off their mortgage? The FHFA’s price index would seem to indicate that this is the case. On the other hand, First American Financial Corporation has their own metric, which says otherwise.

First American’s Real House Price Index (RHPI) does a couple of things differently. They adjust for inflation, and they take into consideration the median income in the areas where these homes are being sold. With these factors in mind, the RHPI concludes that while housing prices are indeed going up, in most cities, people are making enough to afford them.

Areas Where the Housing Market is Too Expensive

In most of the country, housing is still affordable due to rising incomes. However, there are still a few major cities where the Real House Price Index has gone up by more than 1% over the last year, making costs too high for the average home buyer.

If you live in California, you’re particularly in trouble. Los Angeles, San Diego, and Sacramento are all on the list of cities where the RHPI has risen to make houses unaffordable. In L.A. it rose by 1.23%. In San Diego, it was 1.34%, and in Sacramento, it went up by a staggering 3.49%. Florida is even worse, with Orlando, Tampa, and Jacksonville all going up between 3% and 10%.

In theory, an increase in home values is supposed to be a good thing. But when the average buyer can no longer afford to buy, then you have problems with the housing market.

Problems with the Inventory

Although prices are rising, many experts feel the housing market is unstable, and potentially poised for another crash. Affordability issues in certain cities are just the tip of the iceberg. In many areas, fewer houses are going on the market, making buying more difficult.

Families who are able to afford it and are looking to buy their first home are having trouble finding one available in their price range. Likewise, those who have saved up a bit more and wish to upgrade to the next level can’t find a suitable house either, and are forced to hang onto their current property instead.

Many people approaching retirement plan to supplement the money they’ve saved up by selling their home and moving into someplace smaller and less expensive. Unfortunately, with housing becoming more difficult to find and, in many cases, more difficult to afford, they may not be able to rely on this strategy after all.

Therefore, as all of these elements come together to draw the housing market towards another cataclysmic event, it’s important to have another investment plan ready, to keep your nest egg safe. In the 2008 housing crisis, many people of retirement age lost a lot of money on their property and ended up without enough to live on. Don’t risk letting the same happen to you. 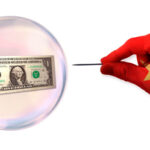 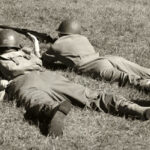