REDTEA NEWS
The Real Purpose of the Second Amendment
Why Gasoline Prices May Never Come Down
Are We in Civil War Already?
The Narrative Is So Transparent It’s Laughable
Another Pro-Life Pregnancy Center Firebombed
Attempt on Kavanaugh’s Life Shows the Danger the...
Inflation Causing Americans to Change Spending Habits
American Gun Owners Are the Last Line of...
Democrats Still Don’t Understand Guns or Gun Owners
Ask the Wrong Questions And You’ll Get the...
Home America Now James Comey Bashes the NRA, Says He Never Carried a Gun at FBI Offices
America Now 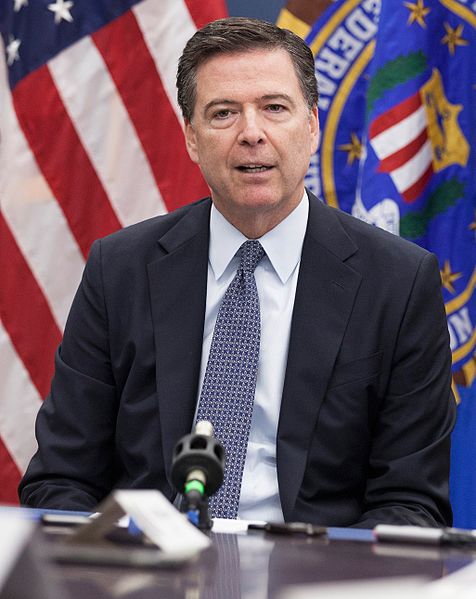 Former FBI Director James Comey recently made headlines for declaring that Americans who do not vote for the Democratic Party are essentially committing treason. On July 18 he tweeted “All who believe in this country’s values must vote for Democrats this fall.” This is not the first time the former FBI employee brazenly spouted his political views since being fired by President Trump, but he has more recently exposed his bias through his obviously liberal sentiments.

While in the UK in June, Comey told iNews he supports barring young people from buying firearms, restrictions on different kinds of firearms, and restrictions on a gun’s capabilities and round capacity. Comey said that it should be widely accepted among people that these kinds of restrictions “in no way threaten the rights under the US Constitution of people to keep and bear arms.”

But as noted by the NRA Institute for Legislative Action, a law that “extinguishes young adults’ ability to exercise their Second Amendment rights” and that bans semi-automatic firearms “is by its very nature a threat” to Americans’ Second Amendment rights – which were “affirmed” by the Supreme Court in District of Columbia v. Heller.

And Comey didn’t stop there. He also attacked the NRA for being a “voice” that “sells fear in the wake of any incident.” Even going so far as to call the “slippery slope” argument against such gun laws “a lie,” Comey said that these regulations are a “concrete staircase.” In response, the NRA said this slippery slope “isn’t pro-gun fear mongering, it’s gun control advocates’ stated policy.”

As seen in states like California, New York, and Illinois, gun owners have gradually seen their rights stripped bare as countless regulations have been passed restricting gun ownership through the years. Furthermore, the NRA pointed out that “recent gun control efforts” have been full of public calls and demonstrations promoting gun confiscation.

While in the UK, Comey also strangely admitted to the media that while he is “comfortable around guns,” he chose not to carry a firearm while at the FBI. To the irritation of gun owners, he said he felt “safe in the hands of the FBI,” a government agency where many employees were carrying. Yet, he continues to say that private citizens should not be allowed to owned certain kinds of guns.