REDTEA NEWS
DOD Orders Review of Social Media Psyops
Catholic Pro-Life Speaker the Latest Victim of DOJ...
New York Doesn’t Want Good Guys to Stop...
Top FBI Agent Forced Out After Allegations of...
Who Is the Real Threat to Democracy?
A Dozen Federal Agencies Behind the Online Censorship...
Government Is Behind Much of the Social Media...
Hunter Biden’s Laptop Repairman Alleges FBI Tried to...
Can You Trust the FBI Not to Steal...
Is General Milley Guilty of Insubordination?
Home America Now NAACP National President Arrested During Protest in Roanoke, VA
America NowElection 2016 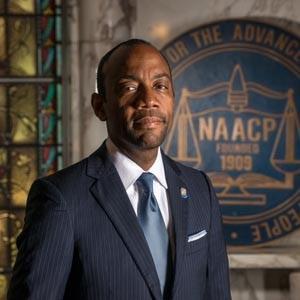 NAACP President Cornell Brooks and the group's youth leader, Stephen Green, were detained this week in a congressional office in Roanoke, Virginia.

The two were part of a sit-in at the offices of Bob Goodlatte, Congressman for Virginia's 6th District. The group was demanding the return of portions of the Voting Rights Act of 1965.

The National Association for the Advancement of Colored People released a statement saying:

"With the future of our country's honorable reputation at risk, we hold officials accountable for supporting the lawful right ensured all citizens," Brooks said.

The duo was with a group of demonstrators who hoped to convince Goodlatte, the chair of the House Judiciary Committee to conduct meetings on polling regulations.

Over the last few years, several states have attempted to enact legislation to tighten checks on the ID electors must present to place a vote.

Critics claim the provisions cut minority turnout. Observers say that poor individuals, who depend on manageable voting plans, are less apt to own state-issued IDs. Advocates of the laws claim they want to eradicate voter cheating.

In 2012, an Arizona State University study on the issue explained in-person imitation to be practically non-existence.

Goodlatte released a statement to the media that said: "Remedies to fight unconstitutional voting discrimination remain in position."

"We will proceed to watch this important issue guarantee the balloting freedoms of all citizens."

Green and Brooks were detained for unlawful trespassing and declining to acknowledge a subpoena. Both were freed.

The arrests came on the 51st anniversary of President Lyndon Johnson signing the Voting Rights Act. The law banned state laws that denied the vote to black and minority voters for decades in southern states, including Virginia.

Brooks told reporters with the Roanoke NBC affiliate that: "Congressman Goodlatte has said he will support strengthening the Voting Rights Act if discrimination could be shown. Six courts and six states have shown such discrimination."

What is the NAACP?

The group was founded in 1909 and is the country's oldest and largest nonpartisan civil rights group. Its members throughout the world are the advocates for civil rights.

Cornell Brooks inherited history when he became President of the group. Leaders of the African-American community such as W.E.B. DuBois, James Weldon Johnson, and Ida Wells have all played a role in the growth of the NAACP.

Brooks introduced himself to the group by sharing his family's story of African-American ascension. Talking to groups, he tells the story of a moment during his days at Yale Law School. He was glancing through an album of African American life in South Carolina and came across a picture of Rev. James Edmund Prioleau — Brooks' grandfather.

Stately and bespectacled, Prioleau ran for Congress in the 1940's as a symbolic attempt to inspire and increase in voter registration among black. 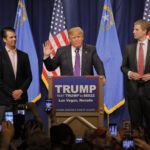 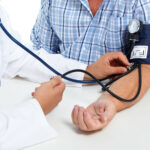