REDTEA NEWS
Democrats Don’t Care How Much You Suffer
The Real Purpose of the Second Amendment
Why Gasoline Prices May Never Come Down
Are We in Civil War Already?
The Narrative Is So Transparent It’s Laughable
Another Pro-Life Pregnancy Center Firebombed
Attempt on Kavanaugh’s Life Shows the Danger the...
Inflation Causing Americans to Change Spending Habits
American Gun Owners Are the Last Line of...
Democrats Still Don’t Understand Guns or Gun Owners
Home America Now Organizer of DHS Secretary Heckling Is DOJ Employee
America Now 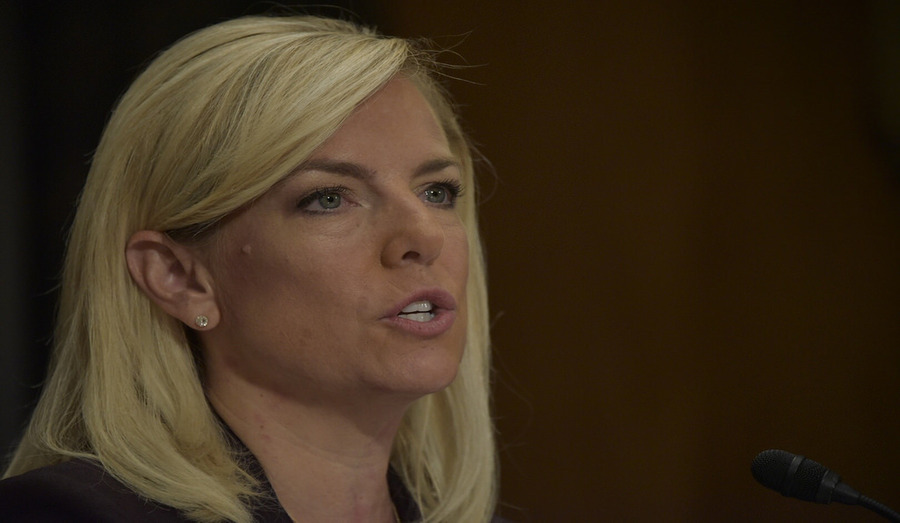 One of the organizers behind the heckling of Homeland Security Secretary Kirstjen Nielsen has been identified as Allison Hrabar, an employee of the Department of Justice. Hrabar, a paralegal specialist at DOJ, is also a member of the Democratic Socialists of America, the group that organized the protest against Nielsen. Hrabar hopes that other people will follow in her footsteps. “If you see these people in public, you should remind them that they shouldn’t have peace,” according to Hrabar. “We aren’t the only ones who can do this. Anyone who sees Kirstjen Nielsen at dinner, anyone who sees anyone who works at DHS and ICE at dinner can confront them like this, and that’s what we hope this will inspire people to do.”

While Hrabar claimed that she was within her rights to accost Nielsen, citing that she was not on government time and was exercising her First Amendment rights, that’s debatable. While the Hatch Act that prohibits federal employees from engaging in political activity may not explicitly prohibit the exercise of certain First Amendment rights, what Hrabar and her ilk were engaged in was not protest but harassment. Nielsen’s dinner was a working dinner, and she was guarded by DHS security guards, so the heckling was a disruption of a government business function, not a private event. Since the purpose of the Hatch Act is “maintaining a politically neutral workplace,” then Hrabar was arguably in violation of at least the spirit of the Hatch Act.

That a DOJ employee would think that disrupting a Cabinet member’s working dinner would be a good idea shows both just how politicized the government bureaucracy became under the Obama administration as well as how entitled millennials are. Hrabar, 26, seems to think that she can do whatever she wants in her free time without suffering consequences at her place of employment. But the type of activity she engaged in would have been considered anathema to previous generations of federal employees, who despite whatever political leanings they may have had would have publicly upheld a facade of non-partisanship and never would have dreamed of harassing a senior official of any agency, knowing that it would result in termination of employment.

Even if Hrabar’s actions don’t violate the Hatch Act, it certainly would violate any federal code of conduct for employees, and it just isn’t a good idea for anyone who wants to keep a job to harass senior officials at another agency. One has to wonder whether Hrabar thinks she should be able to write verbally abusive emails to Cabinet officials in her free time without suffering any consequences, or whether she would think telling her boss to “f#*& off” would be a legitimate exercise of her First Amendment rights.

Hopefully DOJ is investigating this incident and will take the appropriate measures to reprimand or fire Hrabar, although given how woefully inept the DOJ leadership has been in punishing politically motivated personnel it may take a while for anything to occur. But if incidents like this keep occurring without punishment, it will be a long first term for Trump administration officials.