REDTEA NEWS
Tank Gift to Ukraine Exposes the Sad Reality...
The Government Thinks We’re the Terrorists Now
FBI Admits It Uses CIA and NSA to...
The Medical Industry Continues to Fail Patients
Democrats Are About to Learn That Turnabout Is...
If You Like Your Gas Stove, You Can...
McCarthy’s Woes Are Payback a Long Time Coming
The Genocidal Tendencies of Climate Change Crazies
The Response to the Twitter Files Is Telling
Are San Francisco’s Killer Robots the Wave of...
Home America Now Poll Shows Only 27 Percent of Democrats Believe Pelosi Should Remain as Party Leader
America Now 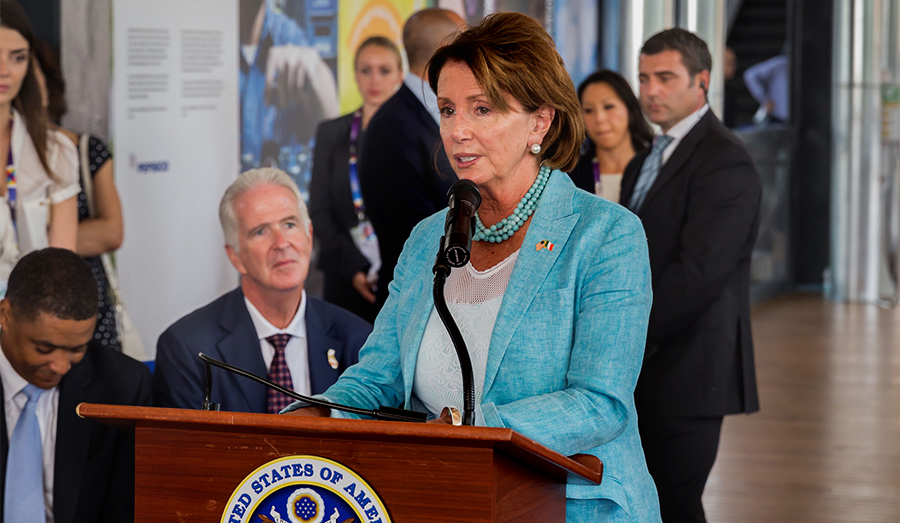 After 30 years in Congress, it seems Nancy Pelosi’s unpopularity has reached a boiling point among members in her party and among Democratic voters. In an American Barometer poll released August 9, only 27 percent of people reported that they felt Democrats should keep Pelosi as the party leader. At least 49 percent of Democrats feel that House Democrats should seek a new leader. Of course, Pelosi’s approval is even worse among independents and Republicans.

The survey results are not a surprise, given that many Democratic candidates during the midterms refused to answer or said they would not support Pelosi as party leader. Even incumbent Democrats have been distancing themselves, with 50 Democrats saying they would not vote to elect her as their party’s leader along with almost 30 Congressional candidates, according to The Blaze.

Pelosi would need to lock down 218 votes to become Speaker of the House should the Democrats win back the majority. But with her party pulling increasingly to the left and as many Trump Democrat voters see her as part of the “swamp,” Pelosi is starting to not fit the bill for people who are longing for a change in the status quo in Washington. Throughout 2018, Republicans have been calling out their Democratic opponents as lackeys of Pelosi, and President Trump has made her a punchline at his rallies.

In a tweet posted August 10, Trump trolled Pelosi and told Democrats not to “distance” themselves from Pelosi because she is “a wonderful person whose ideas & policies may be bad, but who should definitely be given a 4th chance. She is trying very hard & has every right to take down the Democrat Party if she has veered too far left!”

In the recent election in Ohio, anti-Pelosi attack ads seemed to have helped Republican Troy Balderson win his Congressional race, along with a Trump rally where the President continued to hammer Pelosi. Trump said Balderson’s opponent had lied about his relationship with Pelosi and Republicans ran with it, dubbing him “Dishonest Danny.”

Of course, this creates a problem for Democrats who for years have relied on Pelosi’s fundraising abilities and her experience in politics on the Hill. The Democratic Party is in disarray without a clear leader and direction, which could hurt Democrats greatly in 2018. And as long as the party’s current leader continues to call savings from tax cuts “crumbs,” Democrats will not have a winning message either.

Now Is the Time to Live With Urgency