REDTEA NEWS
Has Zelensky Gone a Step Too Far?
As Gas Prices Remain High, US Sells Oil...
Fauci Thinks Lockdowns Should Have Been Stricter
Good Guy Takes Down Bad Guy, MSM Goes...
DC Homeless Shelters Filling Up With Illegal Immigrants
Inflation Still Rising: Are You Feeling the Pinch?
Japan, Abe, and Gun Control
Don’t Interrupt Your Enemy When He’s Making a...
Democrats Don’t Care How Much You Suffer
The Real Purpose of the Second Amendment
Home America Now Pompeo to Iran: Negotiate a Real Treaty or Face “Strongest Sanctions in History”
America Now 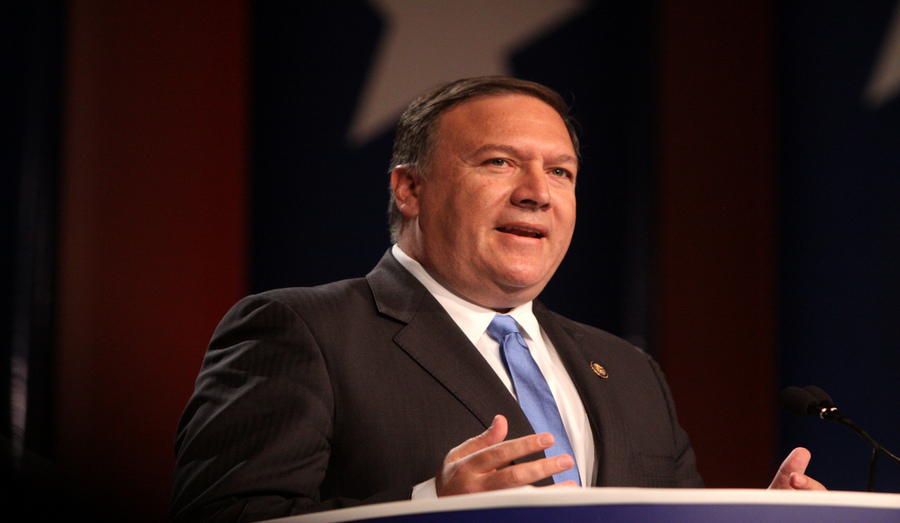 As Iranian hardliners chant "Death to America" on the floor of their parliament and anti-regime protests spread throughout the country, the United States is calling out to the Iranian people to pressure their government to take care of its people instead of foreign terrorists.

With a new strategy to approaching the hostile Iranian regime recently outlined by Secretary of State Mike Pompeo, the Trump administration hopes the Iranian government will cave to international and internal pressure to negotiate a broader treaty to replace the 2015 executive agreement on nuclear proliferation. After President Trump withdrew from the agreement, sanctions that were removed under the 2015 agreement were reinstated. These included sanctions on the purchase of US dollars, gold and precious metals trading (among other goods), certain financial and petroleum transactions, and on the energy and insurance sectors.

Pompeo stated in his policy address to the Heritage Foundation that “the strongest sanctions in history” would be placed on the Iranian regime if it refused to negotiate a treaty. The Trump administration would release such pressure once Iran formally agreed and followed through with such an agreement to stop the enrichment of uranium and its involvement in Syria, Yemen, Lebanon, and Afghanistan. Pompeo stated that the US would end the sanctions and restore a diplomatic and economic relationship if Iran maintained the treaty. He also demanded the release of US citizens, UN inspections of nuclear sites, and an end to threats to Israel.

The demands are an extensive list that the regime has dubbed illegitimate, and which Iranian President Hassan Rouhani dismissed as a never-ending plot by the US CIA of regime change and foreign interference. Iranian Brigadier General Hossein Salami reacted to Pompeo's 12-point plan, saying “No one can destroy our missile power” and that the US “cannot force” Iran to end the program.

While the Iranian regime might not want to comply with the new US demands, the Iranian people seem to want to see their government turn in a new direction. Internal unrest in Iran has worsened since anti-regime protests massively upticked in December. Iranian protesters tweeted their support of the US sanctions and called for the mullahs to end their rule, naming grievances such as no access to clean tap water, a broken economy, and corruption.