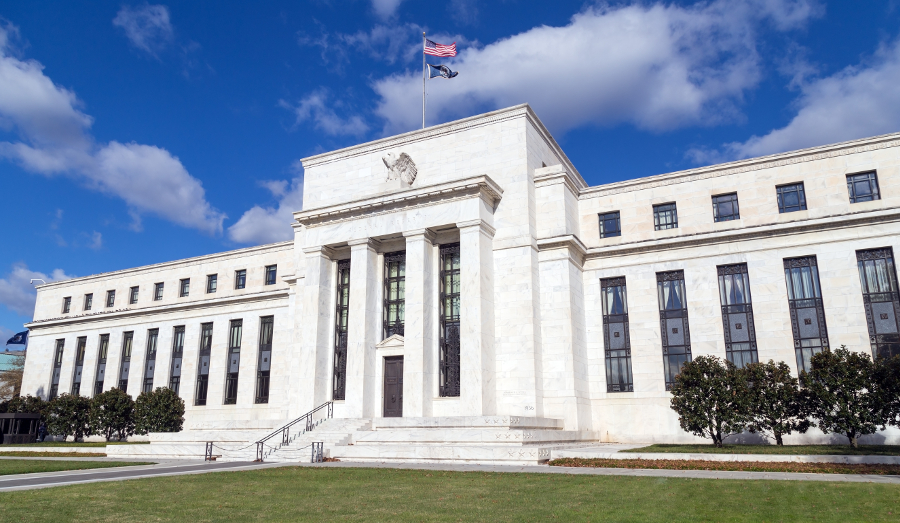 In the wake of last week’s stock market drops, President Trump placed the blame squarely on the Federal Reserve and Fed Chairman Jerome Powell. Trump, who has stated in the past that he is a fan of low interest rates, is blaming the Fed for hiking interest rates too fast, calling that a crazy policy that is resulting in a weaker stock market. Is he correct that the Fed is to blame for poor performance in the stock market?

Let’s just say that the President is halfway right, but not for the reasons that he has given. Yes, higher interest rates have helped feed into fears about the economy, but the Fed isn’t 100% responsible for higher interest rates. The Fed may have hiked its target interest rate, but interest rates would rise back to market levels anyway if the Fed were to stop engaging in monetary policy today. Interest rates are still at historically low levels, so they shouldn’t be high enough to stall a healthy economy.

Unfortunately, we don’t have a healthy economy. The economic “recovery” of the past decade has been driven by debt, as companies have borrowed cheap and easy money that has been created by the Fed’s monetary policy response to the financial crisis. Now that interest rates are rising and companies are finding it more expensive to do business, economic activity will slow down. But that’s not the fault of the Fed raising interest rates. It’s the fault of the Fed lowering interest rates to zero for nearly a decade.

Rather than allowing bad debts to liquidate during the financial crisis and overinflated prices to return to more reasonable levels, the Fed attempted to paper things over with easy money. It tried to keep indebted firms and individuals afloat, attempted to keep housing prices elevated, and flooded markets with trillions of dollars of easy money.

While the Fed is still engaged in monetary accommodation, it is starting to gradually taper its accommodative monetary policy, which is causing markets to panic. Companies haven’t had to pay market interest rates on debt in over a decade, and the prospect of more expensive borrowing and lower prices has investors worried. The coming correction is what should have happened over a decade ago, it was just delayed by quantitative easing. So while the Fed may be to blame for the correction, it isn’t because of Fed tightening, it’s because the chickens from a decade of extraordinarily loose monetary policy are finally coming home to roost.

The President Isn’t to Blame for the...