REDTEA NEWS
COVID Lockdowns: A Giant Chinese Scam?
Are COVID Lockdowns Effective?
News vs. Editorials: Reading Critically
Are Freedom Passes the Mark of the Beast?
Beware the Great Reset
Mainstream Media Continues to Disparage Trump Supporters
The Swamp Still Doesn’t Get It
COVID: Perception vs. Reality
Governors Starting to Ramp Up Restrictions Ahead of...
Are You Ready for More Lockdowns? Biden Is
Home America Now Pro-Life Students Energized and Rallying for Brett Kavanaugh’s Confirmation to the Supreme Court
America Now 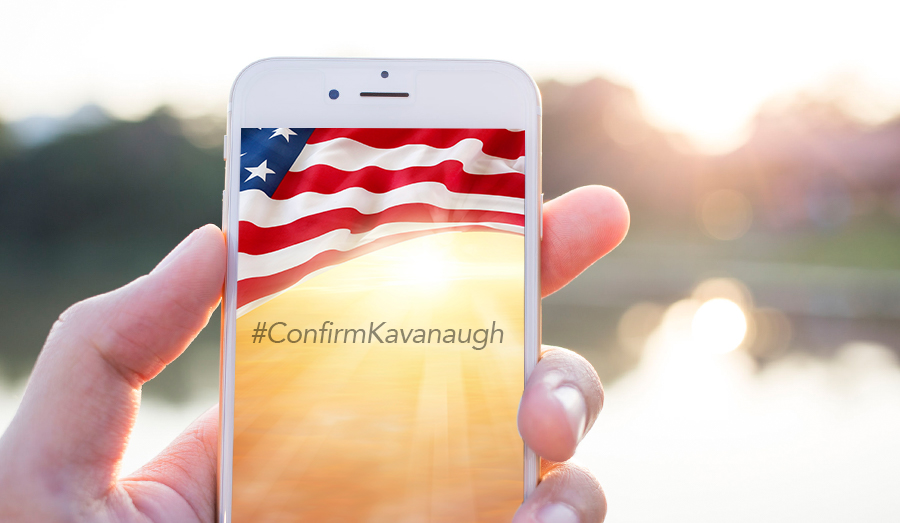 Across the nation, pro-life students are energized to ensure the US Senate confirms a strong conservative, pro-life Justice to the Supreme Court. Over the weekend of August 11, students who call themselves part of the “Pro-Life Generation” showed up at state capitols and outside Senators’ offices to express their support for Brett Kavanaugh, President Trump’s nominee. According to the Daily Caller, young conservatives successfully organized #Justice4Life gatherings in Ohio, Kentucky, Maryland, Maine, Tennessee, New York, Indiana, Georgia, North Dakota, Pennsylvania, Illinois, Oregon, West Virginia, Alaska, Arizona, Colorado, and Florida.

Students said they were “enthusiastic” and thought it “important to get involved” in efforts to support Kavanaugh’s confirmation. Many students traveled to different states and joined van tours organized by Concerned Women for America, an organization on a mission to visit Iowa, West Virginia, Missouri, Indiana, Kentucky, South Dakota, North Dakota, and Alabama by August 21.

Several local news outlets covered the events with reports sharing pictures of groups holding #ConfirmKavanaugh and #Justice4Life signs. In North Dakota, pro-lifers staged a rally to urge Senator Heidi Heitkamp to vote for Kavanaugh. Speakers came to support the event from the Susan B. Anthony List and the University of Mary in Bismarck. However, SLA stated in a press release that the organization “condemns theft” after a pro-choice activist stole a megaphone from them at the rally outside of Heitkamp’s office.

In West Virginia, Students for Life of America held a rally in front of Senator Joe Manchin's office. In Oregon, SLA held a rally at the state capitol featuring student speakers to persuade Senators Ron Wyden and Jeff Merkley. And in Maine, SLA members rallied outside Senator Susan Collins' Portland office and were met with aggressive counter-protesters who shouted in their faces and refused dialogue.

After Dan Lipinski, a pro-life Democrat, won his primary race in Illinois in the Spring, SLA declared that his colleagues should take notice about millennials being “the largest voting bloc” that is “more pro-life than even their parents.” SLA reminded candidates that “[l]ife is a winning issue.”