REDTEA NEWS
Catholic Pro-Life Speaker the Latest Victim of DOJ...
New York Doesn’t Want Good Guys to Stop...
Top FBI Agent Forced Out After Allegations of...
Who Is the Real Threat to Democracy?
A Dozen Federal Agencies Behind the Online Censorship...
Government Is Behind Much of the Social Media...
Hunter Biden’s Laptop Repairman Alleges FBI Tried to...
Can You Trust the FBI Not to Steal...
Is General Milley Guilty of Insubordination?
Raid on Trump’s Home Highlights the Dangers of...
Home America Now Scalise: Failed Farm Bill and Conservative Immigration Bill to Be Voted On in June
America Now 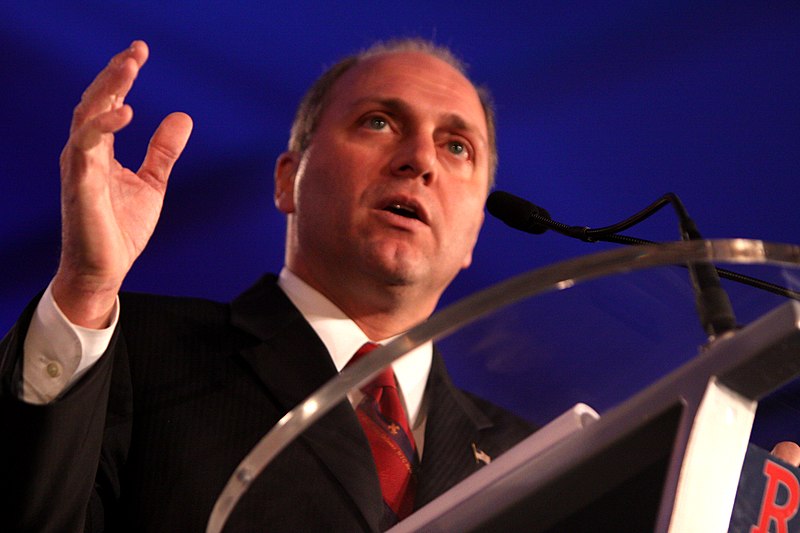 Democrats and conservatives objected to the $868 billion farm bill, joining forces to defeat it in a 198-213 vote on Friday, May 19. Democrats disapproved of the increased work requirements and conservatives wanted leverage in the debate on the immigration reform bill.

The Goodlatte-McCaul immigration bill supported by the Freedom Caucus has yet to be voted on, and is currently thought to not have enough support because of demands made by moderate Republicans. The bill “includes border wall funding, security and enforcement provisions, cuts to legal immigration and a process for Deferred Action for Childhood Arrivals to obtain three-year renewals of their work permits,” according to Roll Call.

Roll Call reports that House Majority Whip Steve Scalise is looking to have a second vote on the farm bill June 22 and a vote on the immigration bill “earlier that week.”

Moderate Jeff Denham and others are attempting to lead a discharge petition, which is a move opposed by the Freedom Caucus. Moderates say that without this rule they want to move forward with a compromise bill that would be added to Goodlatte-McCaul. But Mark Meadows of the Freedom Caucus told Roll Call that while it “all has to be in the same rule,” it wasn’t going to happen. “We’re just not. I’ve made that very clear,” he added.

Meadows believes leadership will go along with a stand-alone rule and vote on Goodlatte-McCaul because everyone is on board with passing a farm bill, and “we’ve got enough votes to help them” pass it. The discharge petition currently only has 196 signatures, while 218 are needed.

Conservatives say they aren’t going down without a fight. On the heels of a newly released letter sent to Freedom Caucus founder Jim Jordan by 114 conservative grassroots leaders calling for him to run for Speaker, Politico reports that the Freedom Caucus may pursue an early ousting for Speaker Paul Ryan if he continues with the petition and succeeds.

“If we run an amnesty bill out of a Republican House, I think all options are on the table,” Scott Perry told reporters. His conservative colleague Dave Brat told reporters that leadership “would be violating their own word” if they move forward with such legislation.