REDTEA NEWS
Political Commissars Are Here And Are Starting Their...
Mormons Pointing to Higher Actual Inflation
Top Scientists Feared COVID Came From Lab All...
Quebec to Start Fining the Unvaccinated
McCarthy Threatens to Strip Democrats of Seats If...
Supreme Court Shows Its Schizophrenia
Beset by Crime Wave, LA Residents Flock to...
The Case of Jan. 6 Gets Curiouser and...
Twitter Continues Censorship Rampage, Bans MTG
The Capitol Protests One Year On
Home America Now How Technology is Shaping the Economy of the Future
America Now 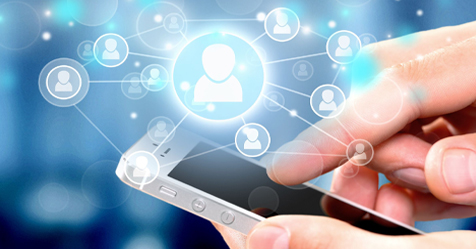 Technology gives and technology takes away. Just like railroads did away with wagon trains, and automobiles did away with downtown livery stables, technology wipes away the old and brings in the new. Its march is an integral component of the creative destruction of capitalism. Just in the last ten years, you went from paying a stack of bills with checks and stamps to getting it done with a few clicks on your computer. For many of us, that process has given way to managing money and paying bills on our phones.

Mobile technology is bringing change fast and furious. It’s now possible to be completely at home in a strange place, as I proved in a recent trip to Miami. It’s been years since I’ve been there, but my phone kept me constantly informed about events, restaurants and transportation options near where we were.

Jim Cramer has pointed out that technology is driving us to become a “stay at home” economy. Video games are now produced with such stark reality that there’s little incentive go to sporting events in person. Why stand in line at the store when a few clicks on your phone can speed your shopping needs to your door via UPS or FedEx? Food, clothing, transportation and luxury items are all as close as your phone. My mom even had an x-ray diagnostic machine come to her home after a fall and the images were automatically routed to a doctor and radiologist for evaluation. Never has staying home been more convenient. The immersive aspects of virtual reality are poised to make staying home even more entertaining.

Ride sharing technology hasn’t hurt car sales yet, but at least in urban areas that will change very quickly. While Uber and Lyft are just a little expensive to justify living without a car in most suburban areas, they’re definitely cost-effective enough to replace a second car. In urban areas, where parking is an expense, the math is considerably different. The cost of parking alone in some major urban centers can alter the math in favor of ride sharing.

With thousands of people making extra money driving for ride sharing services, it’s no surprise that the ride sharing companies are looking for ways to do away with the driver. Uber is already running tests with self-driving cars in Philadelphia. With a self-driving car Uber keeps 100% of the fare instead of a third. That’s a huge profit surge and ride sharing by itself will power self-driving technology forward. The day will dawn that human drivers are a quaint relic from our collective past. Once human drivers are out of the equation, transportation will become a commodity. That’s when you’ll see car ownership rates plummet.

Self-Driving Trucks Will Mean Millions Out Of Work

When ride share drivers and truck drivers are suddenly out of work, it’s hard to see at this juncture what opportunities are going to become available to absorb the disappearing jobs. It may take 10 or 20 years, but just remember it wasn’t that long ago when every elevator had an operator. 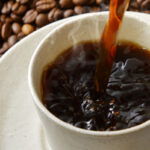 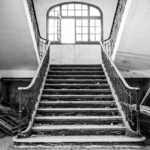