REDTEA NEWS
Trump Impeached a Second Time, But Why?
The Leftist Purge of the Internet Is Underway
Democratic Hypocrisy on Protests Knows No Bounds
Do Democrats Want a Civil War?
Will January 6 Go Down in History as...
Georgia Goes Blue: What Does That Mean for...
Leftist Hypocrisy on Political Rallies Growing More Obvious
More Evidence of Voter Fraud Piling Up
A Plea for Normality at Christmastime
Convicted Terrorist Freed After Deemed Too Fat to...
Home America Now Trump Accepts Invitation From North Korea for Diplomatic Talks; Representatives Meet in Finland for First Round
America Now 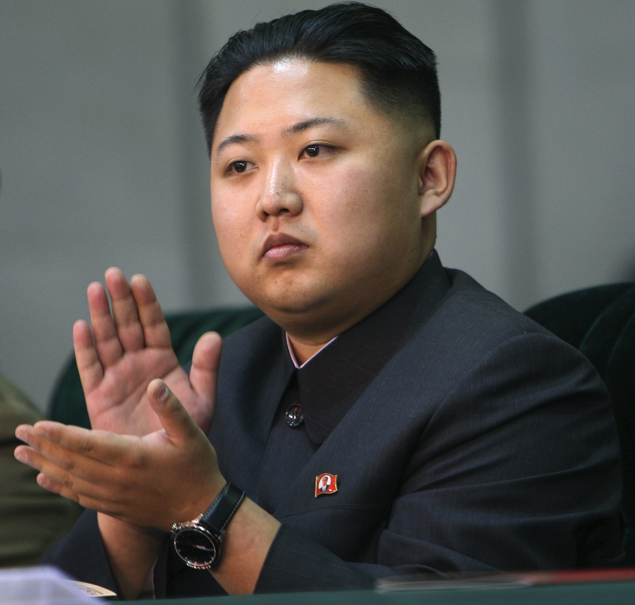 Two weeks ago, on March 8th, South Korean officials made the stunning announcement outside the West Wing that the North Korean dictator Kim Jong Un had invited President Trump to a meeting to discuss denuclearization. The news left CNN commentators dumbfounded and forced to make positive comments, at least for a while, about President Trump.

This week, March 19th, it was announced that the first pre-meeting talks would take place in Finland and would include American, North Korean, and South Korean representatives. The first meeting in Finland is being described as a “track 1.5 academic meeting” where current government officials and nongovernmental experts will be present. If Trump and Kim were to eventually sit down after these first rounds of talks, it would be the first time a sitting US President has met with a leader of the regime.

South Korean national security adviser Chung Eui-Yong told reporters that Trump agreed to meet with Kim by May “to achieve permanent denuclearization." According to Eui-Yong, Kim is “committed to denuclearization” and will “refrain from any further nuclear or missile tests.” Meanwhile, the Trump administration has shown no signs that it will be letting up on sanctions. The US has also informed North Korea that military exercises along the DMZ would continue until further notice. A senior administration official told the Washington Examiner that Trump “expects North Korea to start putting action to these words that were conveyed by the South Koreans.”

The most senior State Department official, Secretary of State Rex Tillerson, had more harsh and skeptical language after the news broke of Kim’s invitation to Trump. Tillerson said he “didn’t know” if the US should “even begin thinking about negotiations” at this point. Five days later, Tillerson got the unexpected news that Trump was replacing him with CIA Director Mike Pompeo. According to Fox News, Trump did not feel there was enough chemistry between him and Tillerson that would be needed ahead of the important talks with North Korea.

During Pompeo’s time at the head of the CIA, the intelligence agency had “established a back-channel contact with North Korea and has been leading the US effort to directly engage the rogue regime,” according to CBS News. When asked about this approach by the US on Face the Nation, South Korean Foreign Minister Kang Kyung-Wha said she respects the “need to tread carefully” during such a breakthrough.

Since Pompeo has already been in direct contact with South Korean intelligence as well, Kyung-Wha said she believes Pompeo would be able to “speed things up.” In his own interview with Face the Nation just a few days before learning he would be replacing Tillerson, Pompeo noted the success of the hardline approach Trump has taken thus far.