REDTEA NEWS
Tank Gift to Ukraine Exposes the Sad Reality...
The Government Thinks We’re the Terrorists Now
FBI Admits It Uses CIA and NSA to...
Democrats Are About to Learn That Turnabout Is...
If You Like Your Gas Stove, You Can...
McCarthy’s Woes Are Payback a Long Time Coming
The Response to the Twitter Files Is Telling
Are San Francisco’s Killer Robots the Wave of...
The Genocidal Tendencies of Climate Change Crazies
The Siren Song of Being “Moderate”
Home America Now Trump Approval Up Among Hispanics As More Become Employed
America Now

Trump Approval Up Among Hispanics As More Become Employed 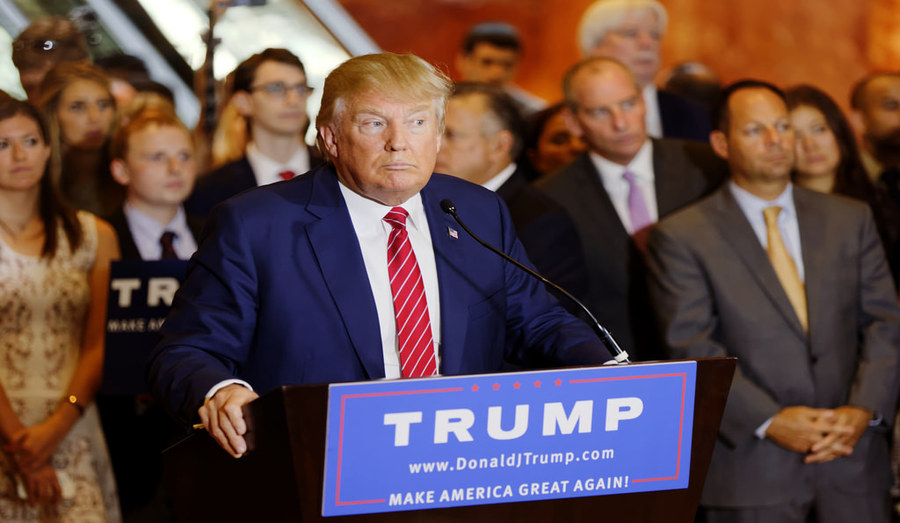 By the end of June, unemployment for Hispanic workers hit a new record low, falling to 4.6. percent. The Washington Examiner reported that 164,000 Hispanics joined the labor force in June. At the same time, a new Harvard/Harris poll released at the end of June revealed that President Trump’s overall approval rating among Hispanics rose “a stunning 10 percent.” This shows, as noted by Steve Cortes for Real Clear Politics, that even amid media hysteria over a “border crisis,” “wages and soaring confidence among small businesses and consumers” mean more to this largely “working-class demographic”. Hispanic small business owners have had growing confidence in the economy, with an overwhelming majority believing that it will continue to improve in 2018.

Unfortunately for Democrats, Hispanics also largely disapprove of “catch and release” immigration policies. A recent poll found 64 percent would rather have illegal alien families detained, and exit polling from 2016 showed most believed immigration enforcement had been too lax. As Cortes wrote, “Hispanics hardly support open borders.” Moreover, as the Democrats continue to call for repealing the Trump tax cuts and the abolition of ICE, they are not likely to convince Hispanics that voting against Trump would leave them better off.

In fact, as of 2016, Latinos make up just over 50 percent of the Border Patrol. The Los Angeles Times reported that so far this year, “10 out of the 11 people taking part in the Border Patrol citizens’ academy were Latino.” Salvador Zamora, acting chief patrol agent for the El Centro sector, told the LA Times on the detention of illegal aliens: “It’s real simple: It’s the law. It is right and wrong. It is not against any one race or any one ethnic group or any one particular group of people.” ICE officials told Splinter News that many Latino ICE officers “are vilified.” But one officer stated it is not the fault of these agencies and agents that families are separated, saying “But that’s not our fault” and adding that the person here illegally is “the person that broke up the family.” And let’s not forget it was Border Patrol Agent Chris Cabrera who shut down CNN host Brooke Baldwin when she pressed him on Trump’s zero tolerance policy.

5 Top Things to Consider When Purchasing a Getaway Property