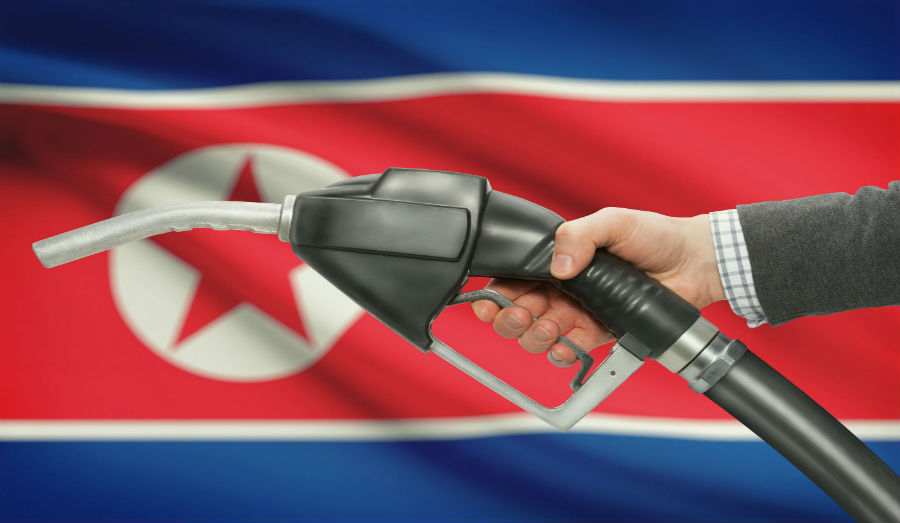 South Korean newspapers reported recently that Chinese and North Korean ships were spotted meeting at sea for the North Koreans to pick up an oil shipment. Officials said they captured the Chinese ship found transferring “600 tons of refined petroleum” on November 24th. The Lighthouse Winmore is reportedly on the list of ships the US has proposed blacklisted for prohibited trade with North Korea.

This wouldn’t be the first time China has violated sanctions against its long-time client state. The Telegraph reports that American reconnaissance satellites have spotted Chinese ships suspected of selling oil to North Korean vessels about 30 times just since October. Even in light of the photographic evidence, China’s foreign ministry denies any oil transfers to North Korea, although China has been North Korea’s main source of fuel for years.

According to Newsweek, the US recently placed six North Korean shipping companies on a sanctions list. A South Korean government source said the world must “focus on the fact that the illicit trade started” after the sanctions on refined petroleum products. While their government records suggest China is following sanctions policy, it is strange and highly “unlikely” for such large quantities of oil to be traded without officials knowing, reports Newsweek.

Robert Kelly, a professor at Pusan National University said, “There is a lot of under-the-radar on the Chinese side.” He added, “Beijing does not police the border strictly or enforce the sanctions toughly. This could be that.”

In response to the revelations, President Trump tweeted that he was “very disappointed that China is allowing oil to go into North Korea.” The president believes a “friendly solution” to North Korea issues is much less likely to happen if the trading persists.

In a recent New York Times interview, Trump said “If they’re helping North Korea, I can look at the trade a little bit differently, at least for a period of time. And that’s what I’ve been doing. But when oil is going in, I’m not happy about that.”