REDTEA NEWS
Who Really Killed JFK?
The Politics of Envy Rears Its Ugly Head
Government on Climate Change: “We Have to Break...
Good for Thee, But Not For Me When...
Is Pandemic “Pre-Crime” in Our Future?
Speak Out About Cancel Culture and You’ll Get...
Will Biden Impose Domestic Travel Restrictions?
Will the Super Bowl Result in a Mask...
There Is No Such Thing as Left-Wing Violence
The Absurdity of the Trump Impeachment Trial
Home America Now Trump Economic Advisor Gary Cohn Stepping Down: Who Will Trump Pick to Succeed Him?
America Now

Trump Economic Advisor Gary Cohn Stepping Down: Who Will Trump Pick to Succeed Him? 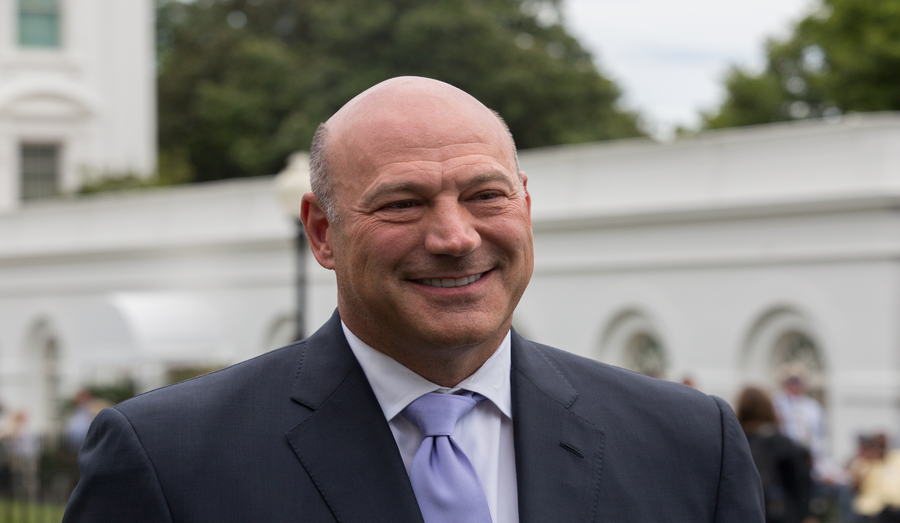 President Trump’s chief economic advisor, Gary Cohn, is stepping down from his position. Cohn, the director of the National Economic Council, had previously served as the President of Wall Street investment bank Goldman Sachs since 2006. The Dow Jones plunged 300 points after news of his resignation, a fall that had been widely anticipated.

Cohn had always been considered a curious choice for Trump. First of all, he was an establishment Democrat coming into the administration of a supposedly anti-establishment Republican President. But given the fact that Trump’s top trade advisor, Peter Navarro, is also a Democrat, and Trump’s Treasury Secretary Steve Mnuchin hired top Hillary Clinton supporters as senior advisors, Cohn wasn’t totally unusual in that respect. However, his views on economics and trade were also far different from President Trump’s. Cohn could have been best described as a mainstream globalist interventionist, no different from any other crony capitalist Wall Street executive or DC swamp creature.

At one point Cohn had been considered a possible candidate for the chairmanship of the Federal Reserve System, a possibility that Trump excluded in the aftermath of Cohn’s criticism of Trump’s handling of events surrounding the political violence in Charlottesville, VA last summer. While Cohn is credited with being one of the architects of the President’s tax reform plan, he and Trump butted heads over the President’s recent support of tariffs on imported steel and aluminum. That is assumed to have been Cohn’s last straw and a prime reason for his resignation.

Now the chatter begins on speculating who Cohn’s possible successor might be. While Cohn had always been described as a “free trader,” that term most usually describes supporters of free trade agreements, which are anything but actual free trade. And while any replacement for Cohn will likely not even share Cohn’s even superficial support for free trade, it is far more important what his successor’s domestic economic policy prescriptions will be.

Will President Trump’s new chief economic advisor be someone who looks to cut taxes, fight the union stranglehold that has castrated American industrial production, and roll back burdensome regulations, or will he be a typical swamp dweller looking to benefit certain industries (that he or his cronies may be heavily invested in) at the expense of others? Let’s hope President Trump chooses wisely.

You Need More Than One Bug Out Bag