REDTEA NEWS
Can Massacres Like the Uvalde Shooting Be Stopped?
The Establishment COVID Consensus Is Cracking
Will Monkeypox Be the Next Big Health Scare?
Are Democrats Going to Push Price Controls?
NIH Royalty Payments Bring Up Conflict of Interest...
The COVID Narrative Is Changing Before Our Very...
Dishonesty Is the Left’s Stock-In-Trade
FBI Whistleblowers Coming Out of the Woodwork
Are You in a Government Database? Probably So
Leftist Tolerance on Display in Wake of Roe...
Home America Now Trump to Target Birthright Citizenship With Executive Order: A Long Overdue Change?
America Now 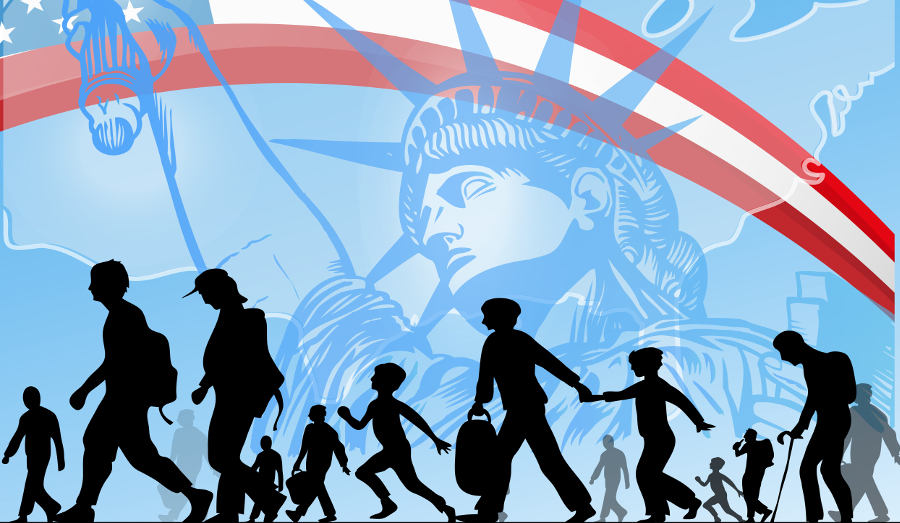 President Trump has vowed to end birthright citizenship to the children of illegal immigrants. Birthright citizenship has its origins in the 14th Amendment, which states: “All persons born or naturalized in the United States, and subject to the jurisdiction thereof, are citizens of the United States and of the State wherein they reside.” The intent of that phrase was to make it clear that the newly-freed slaves were US citizens, enabling them to enjoy all the rights enjoyed by other citizens, most importantly the right to vote.

Over time that phraseology has been exploited by immigrants who journey to the United States to give birth so that their children will automatically acquire US citizenship. Because US citizens who have no other nationality cannot be deported and because immigration authorities have traditionally been loath to split up families in which the children are US citizens, the phenomenon of “anchor babies” has become quite popular.

That obviously has become something that has been abused, as some immigrants come here to have their babies and gain the many public benefits available to their US-citizen children. Now President Trump wants to put an end to that. It’s an idea that has been circulating for years, but one that no one really ever decided to take seriously. Now that Trump has decided to back it, it has suddenly become a pressing topic. The problem with Trump’s plan, however, is how he intends to implement it.

It’s obvious that the intent of the 14th Amendment has been superseded by its language. But until that language is eliminated or amended, it remains the law of the land. A simple executive order won’t cut it, nor will a mere piece of legislation passed by Congress. It would require a Constitutional amendment to change the 14th Amendment, as in the amendment introduced in previous Congresses by Rep. Ron Paul. That’s a higher bar to meet, but it’s absolutely necessary if the rule of law means anything in this country. If President Trump is really serious about ending birthright citizenship, he needs to do the right thing and urge Congress to amend the Constitution.