REDTEA NEWS
Who Really Killed JFK?
The Politics of Envy Rears Its Ugly Head
Government on Climate Change: “We Have to Break...
Good for Thee, But Not For Me When...
Is Pandemic “Pre-Crime” in Our Future?
Speak Out About Cancel Culture and You’ll Get...
Will Biden Impose Domestic Travel Restrictions?
Will the Super Bowl Result in a Mask...
There Is No Such Thing as Left-Wing Violence
The Absurdity of the Trump Impeachment Trial
Home America Now TSA Seized Record High Number of Guns at Airports During Obama Years
America Now 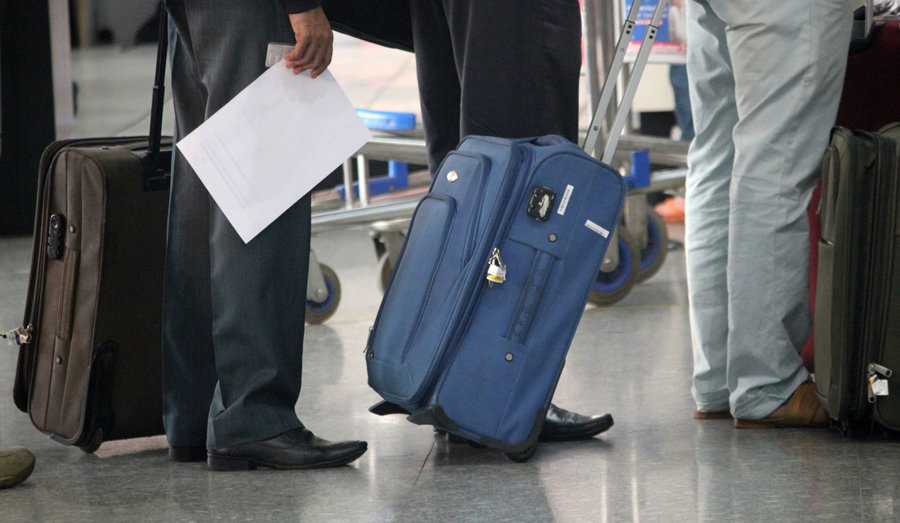 New data shows that Transportation Security Administration officers were exceptionally focused on gun seizures throughout the Obama administration. According to the Washington Examiner, TSA officials “seized a record-high 3,957 guns in passenger carry-on bags at airport checkpoints in 2017, nearly five times the number seized a decade ago.”

It was reported that in 2007, the Department of Homeland Security seized 803 guns and by 2014 had reported 2,212 gun seizures and then 2,653 in 2015. The rule of thumb for flying with your firearm is that is must be unloaded, locked in a hard-sided container, and checked and reported at the airline ticket counter. However, a lot of people forget, or their families pack their guns, oblivious to the regulations. TSA has acknowledged the increase in seizures is due to these factors and the increase in air traffic, not due to an ability to catch terrorists.

Ironically, as TSA gun seizures from otherwise law-abiding citizens have increased, so have airport shootings in supposed “gun-free zones.” Most notable, due to recent events, is the shooting at Fort Lauderdale Airport in January 2017. America’s most infamous sheriff at the moment, Broward County Sheriff Scott Israel, told reporters after that incident that security at the airport is “where it needs to be.”

Israel has been criticized as of late for having an unprepared police response to the school shooting this past Valentine’s Day at Marjory Stoneman Douglas High School, another “gun-free” zone. The school shooter joined the airport shooter, Esteban Santiago, and Florida nightclub shooter Omar Mateen on the list of killers who had been on law enforcement’s radar before their respective attacks.

Most states, 43 to be exact, allow the carrying of firearms in the common terminal and baggage claim areas of airports. Florida, Arkansas, Oklahoma, Virginia, Illinois, and North Dakota, however, make the entire airport terminal off-limits, even to licensed concealed carry holders (that is unless, of course, you are a law-breaker). Strangely, despite these states having outlawed legal carry in their airports, there are no security checkpoints going into or out of their airports. Thus, such laws are evidently useless.

Armed air marshals are also apparently useless. According to recent reports, the US air marshal system “is in shambles.” A significant number of air marshals are reported to be: “Sleep-deprived, medicated, suicidal…” and “in disarray.” In 2012, TSA found that 75 percent “of air marshals flying domestic missions were sleep-deficient.”

Until politicians figure out that disarming law-abiding gun owners is dangerous, check with state laws and your specific airline to see what their policy is on how to transport your firearm. Otherwise, you could end up unarmed in a crisis situation. Here is a great video on how to travel with handguns.

What You Need in a Bug Out Bag