REDTEA NEWS
The Real Purpose of the Second Amendment
Why Gasoline Prices May Never Come Down
Are We in Civil War Already?
The Narrative Is So Transparent It’s Laughable
Another Pro-Life Pregnancy Center Firebombed
Attempt on Kavanaugh’s Life Shows the Danger the...
Inflation Causing Americans to Change Spending Habits
American Gun Owners Are the Last Line of...
Democrats Still Don’t Understand Guns or Gun Owners
Ask the Wrong Questions And You’ll Get the...
Home America Now Why Is President Trump Hell-Bent on Going to War With Russia?
America NowBreaking News 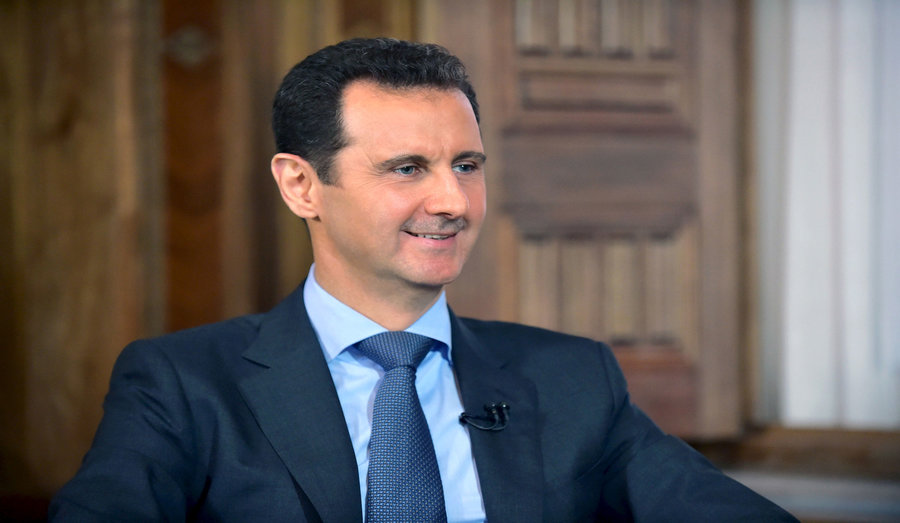 Yet again, military conflict in Syria is threatening to turn into an all-out world war. Precipitating it this time was a report that President Trump demanded that the US military make plans to pull its troops out of Syria. Trump had apparently questioned the continued presence in Syria of US troops, which didn’t seem to serve any useful purpose. As if on cue, an alleged gas or chemical attack on Syrian civilians by Syrian government forces occurred. Similar alleged attacks have occurred in the past, resulting in missile strikes by US forces.

The idea that President Assad would undertake such a senseless and pointless attack on civilians right after reports of a US pullout makes no sense at all. As any competent homicide detective or prosecutor knows, the first question to ask when investigating a crime is “Cui bono?” President Assad knows that a gas or chemical attack will result in US strikes, which is why there is absolutely nothing to gain for him doing something like that.

Of course, the Syrian rebels know too that a chemical attack will result in US strikes, which is why they have every incentive to stage a fake chemical attack. The US foreign policy establishment welcomed news of the “attack,” as the establishment wishes to remain embroiled in the Syrian conflict and was afraid that President Trump might actually be serious about pulling out.

Why President Trump’s advisors are urging him on this course of action is unclear. Someone in the US establishment obviously benefits from Assad being forced out of power, but the American people won’t benefit. Secular Middle Eastern regimes had kept fundamentalist Islamists at bay for decades, whether it was in Iraq, Syria, Jordan, etc. But with those regimes being targeted for regime change by the US establishment, the power vacuum that is being created is being filled by radical Islamists.

Many in the US foreign policy establishment are arrogant enough to believe themselves latter-day Metternichs or Bismarcks. They ignore the centuries (or millennia) of conflict in the Middle East and believe that they can navigate and negotiate the potential minefields that exist when dealing with Middle Easterners who are split among Christians, various Islamic sects, secular socialists, and Bedouin clans.

Wading into that morass is almost guaranteed to fail, but that doesn’t matter to the foreign policy establishment. They will remain in their ivory towers in New York or Washington while American soldiers spill their blood and American taxpayers empty their wallets to pay for a never-ending conflict with no real end goal.

As if conflict in the Middle East weren’t bad enough, the possibility that it might lead to war with Russia, which the intellectuals in Washington seem to have forgotten is still a nuclear power, is all the more reason to get out of Syria as soon as possible. Continued involvement in centuries-long conflicts in Central Asia will only bankrupt the country and lead to ever more war.