REDTEA NEWS
California to Ban Gas-Powered Power Tools
Be Thankful You’re an American
Biden Administration Activates FBI Against Incensed Parents
NASA Wants to Nudge an Asteroid: What Could...
Has President Biden Lost His Mind?
Biden Nominating Communist to Top Bank Regulator Post
What Do You Get With Woke Prosecutors?
Are You Prepared for War? China Is
FBI Investigating Groups That Helped Afghan Refugees Escape
Illinois Passes Legislation to Eliminate Fossil Fuels
Home America Now Why Most Americans Are Communists and Don’t Even Know It
America Now 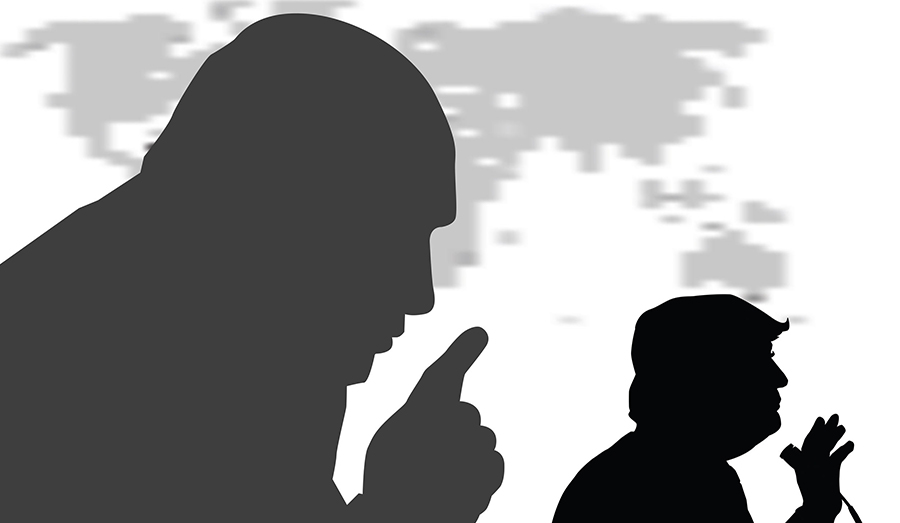 The decades of the Cold War inspired a sense of reflexive anti-communism among most Americans. But many of those Americans would be surprised to know that they have more in common with Karl Marx than they thought. Even people who believe that they are conservatives are actually supporters of Marx’s ideas, though they don’t know it. Through a combination of public schooling, ignorance of history, and a lack of thought regarding first principles, millions of Americans have swallowed the communist platform hook, line, and sinker.

How is that so? Well, in Marx’s Communist Manifesto he listed ten measures that communists needed to take in order to break down existing social orders and usher in communism. Here they are.

1. “Abolition of property in land and application of all rents of land to public purposes.”

If you think you own your own land, think again. Stop paying property taxes to the government and you’ll find out that private ownership of land doesn’t actually exist.

Yep, we’ve got this for sure. Taxation may not be as heavy percentage-wise as it has been in the past, but those who make more money pay the lion’s share of the taxes. And whenever any discussion of reducing or shifting tax burdens takes place, it’s always with the assumption that the rich should pay more than anyone else.

3. “Abolition of all rights of inheritance.”

This is the origin of the estate tax. And while estate tax exemptions have been increased in recent years, all bets are off if Democrats are able to regain control of Congress.

4. “Confiscation of the property of all emigrants and rebels.”

Civil asset forfeiture is a growing problem in the US. If you do anything that the government doesn’t want you doing, or do something at least somewhat suspicious, you risk having all of your property seized.

5. “Centralization of credit in the hands of the state, by means of a national bank with State capital and an exclusive monopoly.”

This is what the Federal Reserve System is, a government-controlled central bank that has cartelized the banking system. There isn’t a country in the world today that hasn’t adopted at least some form of this communist ideal.

6. “Centralization of the means of communications and transport in the hands of the State.”

Roads have been controlled by the government for decades, with almost no really private roads in existence. And communication is similarly centralized through the FCC, with only those radio and TV stations who receive government licenses being allowed to broadcast. Given the increased interest in regulating the internet and cracking down on free speech, we’re moving closer and closer towards the communist ideal.

7. “Extension of factories and instruments of production owned by the State; the bringing into cultivation of waste-lands, and the improvement of the soil generally in accordance with a common plan.”

While the government may not own any factories directly, it still maintains the right to take over private industry in the event of a “national emergency.” Through its bailouts of Chrysler, GM, and other corporations, it has in the past taken direct control of corporations. And while it may not directly control the operations of most companies, it still establishes burdensome regulations to which all companies must adhere if they wish to remain in business.

The second part of this section covers the Departments of Interior and Agriculture and the EPA. Both Interior and Agriculture control huge swaths of land that they either allow to remain unused or open up to mining and forestry companies to exploit. And EPA ostensibly exists to protect the environment but does so by placing burdensome restrictions on both companies and individuals in order to bring the environment back to a state of cleanliness that may never have existed.

8. “Equal liability of all to work. Establishment of industrial armies, especially for agriculture.”

Work requirements for government benefit recipients are a step in the direction of requiring everyone to work. And Depression-era efforts such as the CCC were a type of industrial army, providing make-work jobs to unemployed men.

9. “Combination of agriculture with manufacturing industries; gradual abolition of all the distinction between town and country by a more equable distribution of the populace over the country.”

This hasn’t quite occurred the way Marx thought it would, but the increasing mechanization of agriculture has meant a concentration of farmland in the hands of large mega-farms, with a subsequent exodus of the rural population towards the cities. That has brought about a lessened distinction between town and country because there are so many fewer country folk than there were previously. And given the penetration of mass media, regional cultural differences have been reduced or eliminated through the combined influence of Madison Avenue and Hollywood.

10. “Free education for all children in public schools. Abolition of children’s factory labor in its present form. Combination of education with industrial production.”

Even most conservatives balk at actually eliminating public education. It’s become quite clear to most thinking people that public schools are merely indoctrination centers in which students are brainwashed into supporting larger and more intrusive government and whatever the latest left-wing causes du jour are. Yet despite their failure in actually educating children, and their colossal waste of time and money, pubic schools remain almost sacrosanct.

When you look at these ten planks of the Communist Manifesto and realize that most of them have been fulfilled, and that most Americans have accepted them without question, it makes you realize that trying to get this country back to the ideals of the Founders and an understanding of the importance of individuals freedom and liberty is a very tall task indeed.