REDTEA NEWS
DOD Orders Review of Social Media Psyops
Catholic Pro-Life Speaker the Latest Victim of DOJ...
New York Doesn’t Want Good Guys to Stop...
Top FBI Agent Forced Out After Allegations of...
Who Is the Real Threat to Democracy?
A Dozen Federal Agencies Behind the Online Censorship...
Government Is Behind Much of the Social Media...
Hunter Biden’s Laptop Repairman Alleges FBI Tried to...
Can You Trust the FBI Not to Steal...
Is General Milley Guilty of Insubordination?
Home America Now You Can’t Make This Up: New York Governor Threatens to Sue the Supreme Court
America Now 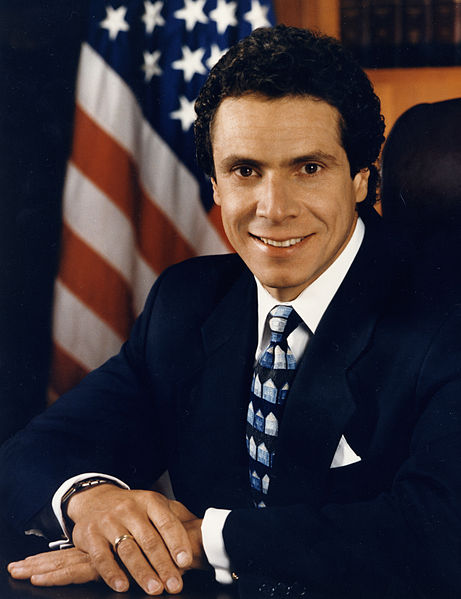 New York Governor Andrew Cuomo recently stated that he would sue the Supreme Court if Roe v. Wade were to be overturned. How exactly he plans to do that is unclear, since the Supreme Court is the arbiter of suits filed against the United States and therefore can’t itself be sued. But Cuomo’s statement encapsulates in a nutshell the lack of knowledge and understanding that pervades much of the leadership of the Democratic Party.

Much like former Virginia Governor Terry McAuliffe, who famously stated last year that “we lose 93 million Americans a day to gun violence,” Democratic politicians are so quick to engage in emotional appeals that they often forget to engage their brains first. Cuomo’s gaffe is especially egregious since he used to practice law at one time. But his statement demonstrates that Democrats don’t really understand how government and law are supposed to work, they just want to try to game the system the best way they can in order to bring about the results they want.

Brett Kavanaugh hasn’t even been confirmed to the Supreme Court, no case that could potentially overturn Roe is anywhere close to being heard by the Court, yet Democrats are already threatening lawsuits. It’s pretty similar to the calls to impeach Donald Trump that were heard before he had even been sworn in as President. Democrats don’t want to hear the arguments, they just want to force their will on others and scheme relentlessly when they don’t get their way.

Cuomo also seems to labor under the false impression that the Court overturning Roe would mean abortion would be banned in the United States. That’s false. In order for Roe to be overturned, a state would have to pass a law banning abortion, it would have to be challenged by someone with standing, the case would have to make its way through the courts and appeal process, the Supreme Court would have to hear the case, and then the Court could rule.

But a ruling to overturn Roe would only mean that states could now ban abortions. States that don’t want to ban abortions wouldn’t have to change their laws. So while Southern states could enact laws to restrict abortion, New York, California, Maryland, and other liberal states wouldn’t have to do a thing. Yet the Democrats are trying to whip up their base with the false narrative that overturning Roe would mean an end to abortion.

Will the Democrats be successful in riling up Planned Parenthood supporters and Women’s March participants to put pressure on their Senators to block Kavanaugh’s nomination? We’ll see. Even in Kavanaugh’s bid is scuttled, President Trump has plenty of other qualified candidates who can fill Kennedy’s seat.