REDTEA NEWS
Like Your Gas Stove? Biden Doesn’t Want You...
When Is an Insurrection Not an Insurrection?
Activist Judges Demonstrating Bias From the Bench
California to Ban Gas-Powered Power Tools
Be Thankful You’re an American
Biden Administration Activates FBI Against Incensed Parents
NASA Wants to Nudge an Asteroid: What Could...
Has President Biden Lost His Mind?
Biden Nominating Communist to Top Bank Regulator Post
What Do You Get With Woke Prosecutors?
Home America Now “YUGE” Pro-Life Victory: Trump Cuts Federal Funding for Abortions at Planned Parenthood
America Now 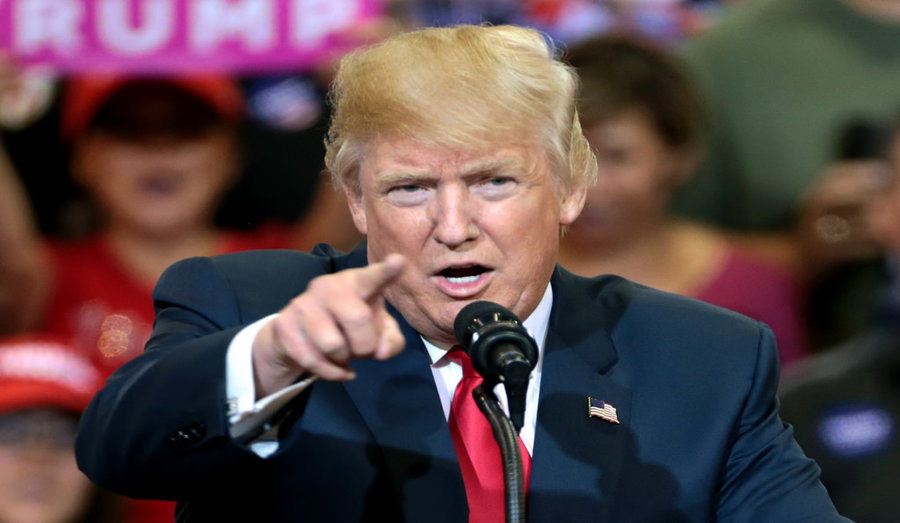 Republicans in Congress have a poor record when it comes to having the political courage to tackle Title X funding for the abortion giant Planned Parenthood. President Trump, on the other hand, realizing this, has officially asked the Department of Health and Human Services (HHS) to look into directing taxpayer funds only to Title X family planning centers that don’t include abortion. HHS will file a proposal with the Office of Management and Budget (OMB), which will be tasked with improving transparency and monitoring Title X fund recipients.

The $260 million that usually is sent to facilities for family planning purposes, such as contraception, pregnancy testing, and infertility treatments, will go on uninterrupted. However, facilities will be required to separate abortion from their services to continue receiving funds, according to Catholic News Agency.

Susan B. Anthony (SBA) List praised the President for keeping his promise, saying “President Trump has shown decisive leadership, delivering on a key promise to pro-life voters who worked so hard to elect him.” SBA List called the Protect Life Rule a “major victory that will energize the grassroots as we head into the critical midterm elections.” According to SBA List, Planned Parenthood has been receiving $50-60 million in Title X taxpayer funds annually.

Not only will the Protect Life Rule help prevent abortions, but it will also prevent clinics like Planned Parenthood from getting away with hiding suspected victims of sexual assault, incest, and rape. According to Catholic News Agency, it will require Title X recipients to document how they follow state laws on reporting such suspected cases.

The President has consistently shown that he is a great ally of the pro-life community, such as when he repealed an Obama-era regulation that stopped states from ending taxpayer funding for abortion clinics, and when he reinstated President Reagan’s Mexico City Policy. President Trump will give the keynote address at SBA List’s eleventh annual Campaign for Life Gala this year in May.

You Can’t Help People Who Want to...