REDTEA NEWS
Democrats Don’t Care How Much You Suffer
The Real Purpose of the Second Amendment
Why Gasoline Prices May Never Come Down
Are We in Civil War Already?
The Narrative Is So Transparent It’s Laughable
Another Pro-Life Pregnancy Center Firebombed
Attempt on Kavanaugh’s Life Shows the Danger the...
Inflation Causing Americans to Change Spending Habits
American Gun Owners Are the Last Line of...
Democrats Still Don’t Understand Guns or Gun Owners
Home Breaking News Despite Media Bashing Here Are 4 Things Trump Has Right
Breaking NewsElection 2016 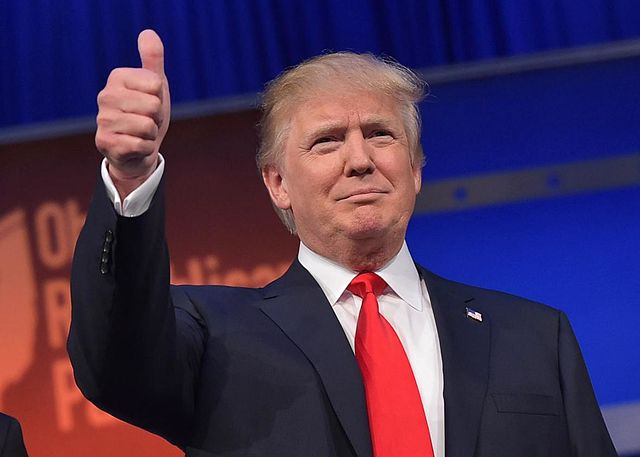 No matter which side you’re on, it’s clear Donald Trump is the candidate inspiring the most passion in voters, with millions of Americans supporting him and many, on both sides of the aisle, equally opposed to him.

While some of his pronouncements have been criticized as inflammatory, here are four things the billionaire businessman has certainly been right about.

Aside from Bernie Sanders, Trump is one of the few politicians telling the truth about the collapse of the American middle class.  Manufacturing jobs, the kind of steady, long-term employment that’s been the economy’s bedrock, have been decimated by unfair foreign trade.

Along with the millions of Americans who have seen their paychecks and lifestyles decline over the years, Trump and Sanders admit what Washington officially still denies: “free” trade is not an unalloyed good. The human cost is that lower-cost producers like China and other countries in Asia and Latin America have usurped America’s manufacturing base, forcing the now-unemployed into less-reliable service jobs.  Millions of Americans are now relegated to part-time, no-benefits jobs in stores like Wal-Mart and Target, where they unload, stock and sell the Chinese-made products that cost them their middle class lives. Is it any wonder Trump is plumbing deep wells of voter frustration and anger all across the country?

In addition, China’s long history of currency manipulation has given them an even greater advantage over the U.S. As they keep their currency, the yuan, artificially low, the dollar rises by comparison, making even the goods still manufactured here too expensive on the world market.

The middle class and the communities they built across the country were anchored by dependable manufacturing jobs. 5.3 million such jobs were lost between 1998 and 2013. In addition, an estimated 7.4 million more people lost jobs related to plants that have closed.

These people are, quite reasonably, disappointed, angry and frightened. Who can blame them for siding with Trump when he points out that, under existing free trade policies; virtually every country in business with the U.S. is making “a very big profit” at our expense?

Like it or not, Donald Trump could be the only presidential candidate talking sensibly about the budget of the U.S. military. He says he’s going to build us a mightier military for a lot less.

The 2016 budget for the Defense Department is $573 billion. In President Obama’s proposal for 2017, that number has increased to $582 billion. By comparison, Russia spent around $40 billion and China around $145 billion in 2015. Moscow would have spent more, but its hand was stayed by falling oil prices, sanctions and its own economic crises.

Trump has repeatedly pointed out that it’s possible for Washington to build and maintain a state-of-the-art military arsenal for a fraction of what it’s currently spending. The tycoon is also right about one of the causes of the inflated budget – expensive prestige weapons systems such as the F-35 Joint Strike Fighter and the Littoral Combat Ship.

Trump has called out defense contractors and politicians for plotting to build expensive weapons systems at the cost of national security. With the proliferation of small, agile enemies that operate in urban centers rather than the battlefields of old, it’s literally as much as our lives are worth to ignore this new reality.

Who determines how much you pay for your house, your car and, depending on how much you use your credit cards, pretty much everything you buy?  To a large extent, when it comes to items you pay interest on, the Fed has you by the scruff of the neck.  The problem?  As America’s central bank, this non-governmental, private entity is accountable to no one, even though the slightest moves, or even non-moves, by its Chair and Board members can and often do create mayhem in our economy.

So when in February Trump tweeted that he thinks that the Federal Reserve should be audited, many applauded the idea.  Many more were shocked to learn that, despite their chokehold on our economic lives, the Fed is not answerable to the American people.  The Federal Reserve has even made the argument that, as a non-governmental entity, it doesn’t have to release vital information under the Freedom of Information Act (FOIA).

Naturally, the Fed also opposes any audits.  As CNN reports, “Former Fed chair Ben Bernanke argued in January that an audit raises the risk that ‘reviews and recommendations concerning individual monetary policy decisions would provide a vehicle for members of Congress to apply political pressure on the Fed.’"  But with the all-pervasive influence of the Fed on our lives and futures, surely less secrecy is best?  No entity that has that much power should remain accountable to no one.

Trump has expressed concerns that due to Fed policies, the stock market is a bubble waiting to burst. Given that we’re only just finding our feet after the Great Recession, we’d better learn more about who’s minding the store and how they’re doing it.

Donald Trump is dominating the Republican race largely because he’s extremely strong among people traditionally on the periphery of the GOP, typically the less educated and affluent, who can be harder to entice to the polls.  He also enjoys substantial support among voters who, while they may be registered as Democrats, are finding their views and concerns increasingly reflected by Republicans.  Much of this support, says the New York Times, originates in northern industrial areas, Appalachia, and the South, areas hit hard by the changing global economy.

The grass-roots Tea Party voters have also shown massive support for Trump. He has backing from numerous adherents across the U.S., and Tea Party activists in Georgia are part of the Trump Leadership team.

Many have wondered if the old-money GOP, personified by Jeb Bush and the virtual dynasty from which he sprang, only tolerated the upstart Tea Party and its populist message when it lacked power to sway the Republican Party on the national scene. But in Trump, Tea Partiers and other disaffected or disenfranchised elements within the GOP have found a standard-bearer who can garner immense media attention without Party sponsorship, and who isn’t financially dependent on old-line Republican donors.  It’s forcing a reckoning within the Republican Party that many believe has been long overdue. 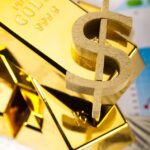 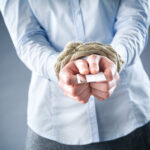