There’s a particularly cruel and ironic twist that frequently arises when people and businesses get a little mileage under their belt. The biggest and most imminently fatal mistakes frequently happen after the tough times are past and before a point that the individual or business has the resources to survive a big mistake. It all makes sense when you think about it.

Early in your life and career, you know you’re poor. Your whole life is shaped around compensating for what you don’t have. You plan meals to save at the grocery store, eating out is a luxury reserved for special occasions and you’re careful with your money. Living a frugal life becomes a habit, later in life your income increases and, one day, you wake up to realize that all that scrimping and saving has really paid off. It’s at that moment, after the marathon of living below your means, that’s when the big mistakes happen. The feeling that you are due starts creeping into your consciousness, coupled with fear prompted by the sudden knowledge that you have something to lose. Here are five of the big mistakes I’ve seen people make at this delicate point in life.

Pulling Out of The Market

Taking risks may have gotten you to the point where you have something to lose and, almost overnight, those risks seem suddenly silly. Couple that with some turmoil in the world and softness in the markets and many are motivated to pull that money out of the market and put it somewhere safe. Ironically the impulse to reduce your risk profile frequently happens at the very moment your returns are starting to snowball.

Having money after an extended period of frugal living can spur the feeling that you are “due” for a splurge. Maybe that’s buying a new car when your old, efficient car still has a lot of miles left in it, maybe it’s a bigger house that you don’t really need or lavish travel. What can happen is the lavish expense is sometimes followed by an emergency; a major home repair, a medical crisis, or some unanticipated financial disaster. While you could have weathered the emergency response, the combination of emergency and lavish gifts to yourself can exhaust your savings.

I’m constantly surprised at how many older couples I meet carrying around thousands in credit card debt. Sometimes that debt was a lavish expense, other times they fell back on credit cards when they didn’t have sufficient emergency savings. Either way credit card debt is like a financial anchor that weighs on your life.

This is a tough one because it’s always someone else’s kids who are irresponsible. It’s a virtual guarantee that someone is going to be surprised. Co-signing loans is a financial disaster, even if the primary party pays as agreed. That loan balance shows up on your credit report and is figured into your debt to income ratio. I get that the urge to cosign a loan flows from the most altruistic motives, but it’s the financial equivalent of a time bomb.

Be wary as you start to move into your most productive earning years. Midlife is the point of greatest danger to your financial future. If you’re going to make mistakes, try to make cheap ones. 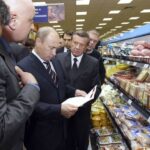