REDTEA NEWS
Has Zelensky Gone a Step Too Far?
As Gas Prices Remain High, US Sells Oil...
Fauci Thinks Lockdowns Should Have Been Stricter
Good Guy Takes Down Bad Guy, MSM Goes...
DC Homeless Shelters Filling Up With Illegal Immigrants
Inflation Still Rising: Are You Feeling the Pinch?
Japan, Abe, and Gun Control
Don’t Interrupt Your Enemy When He’s Making a...
Democrats Don’t Care How Much You Suffer
The Real Purpose of the Second Amendment
Home Money A Reminder on the Cause of the Housing Bubble
Money 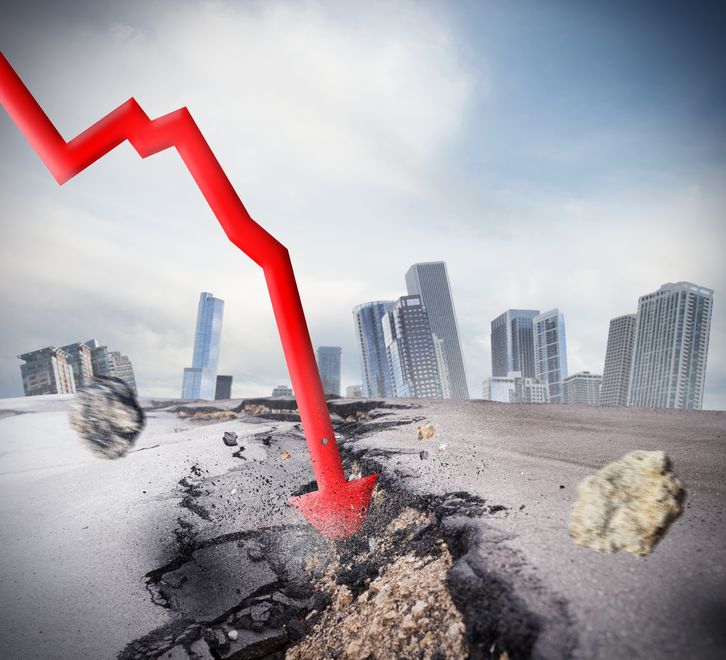 If another economic catastrophe takes place (and one will) the government, media, and special interest groups will immediately place the blame on capitalism and free markets. The media and the politicians will say this is the fault of the free market and that we need more government regulation and control to prevent this from happening again. The Federal Reserve, Wall Street, and the big banks will say that they never could have seen this coming and that we need the government to bail out the banking system.

Powerful interests will try to shift the blame onto freedom, but they, the government and the Federal Reserve will be the ones entirely at fault. We Americans have very short memories and it’s incredibly important we remember what caused the crash of 2008 and correctly blame those at fault. Otherwise our economy and country will continue to march towards socialism and inflation.

Multiple factors played a role in the financial crisis, but it really has two main facets. The creation of the housing bubble was long in the making. In the 1930s the government began subsidizing housing. It began very slowly and gradually, and over the following decades government involvement in housing grew.

The reason was due to the feel-good idea that everyone should own a house and so we should help people become homeowners. That’s certainly a well-intended government program, but also one with many unintended consequences such as increasing housing prices.

The Austrian Business Cycle Theory and Austrian economics logically explain why the housing crash happened and it’s no coincidence that mostly free market Austrian economists were the ones who predicted the crash in precise detail.

What Austrian economic theory tells us is that prices are signals that convey important information about how to make economic choices and allocate resources, and that no person or group can fully know the info that price signals rapidly convey. The most important price in the economy is the price of borrowing money. This price influences our incentive to either consume in the present or to save for the future. If this price signal was left to the market then the money supply would ebb and flow with the changing market demand for money. Instead what we have is a central planning bureau that gropes in the dark and attempts to guess the correct price for borrowing money.

When these price signals are distorted then what appears as a profitable venture in the present changes. So when the Federal Reserve sets the rate of interest at a low level, people invest their money differently, they choose to spend instead of save, and people value the short run more so than the long run. Many of these economic choices that are made in this low interest rate environment are “malinvestments” or choices that are actually bad choices but people don’t realize this initially.

So when we combine the Federal Reserve’s manipulation of interest rates, which drove tons of money into incorrect areas of the economy and into the sectors of the economy that were being heavily subsidized by government, with the government subsidization of homeownership through mandating very lax lending standards and Fannie Mae and Freddie Mac being huge buyers of mortgage-backed securities, this resulted in tons of Federal Reserve money flowing into the housing sector, which created the housing bubble.

From this, Wall Street was free to run wild and speculate with all the cheap money pumped into the economy by the Fed, which is how we got the financial crisis. Central banking, Federal Reserve control of interest rates, and government heavily subsidizing certain sectors are not examples of free market capitalism. Those are examples of socialism and central planning.

When the next financial crisis comes, it will be because of the Federal Reserve’s manipulation of interest rates in which it set the rate of interest at 0% for 9 years. Even now at 1.75%, interest rates are incredibly low and we have no idea how deep the malinvestment and distortion runs in our economy.