REDTEA NEWS
Tank Gift to Ukraine Exposes the Sad Reality...
The Government Thinks We’re the Terrorists Now
FBI Admits It Uses CIA and NSA to...
Democrats Are About to Learn That Turnabout Is...
If You Like Your Gas Stove, You Can...
McCarthy’s Woes Are Payback a Long Time Coming
The Response to the Twitter Files Is Telling
Are San Francisco’s Killer Robots the Wave of...
The Genocidal Tendencies of Climate Change Crazies
The Siren Song of Being “Moderate”
Home Money Why You Should Care if China Devalues Its Currency
Money 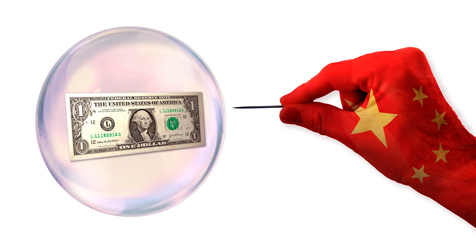 Last year, China began significantly devaluing its currency, the yuan, also known as the renminbi. Both investors and the central banks of other nations went into a panic. Since then, things have managed to level off. While the yuan’s still losing value, the situation is not as dire as it was, at least for the moment.

However, that doesn’t mean the crisis is over. The weakening of the yuan still poses a significant threat to the world economy. Why should we in the United States care what happens to China’s currency? There are a number of effects it can have on us.

China and the Yuan

For many years, China kept the yuan steady at around 8.3 to the U.S. dollar. The value remained artificially low in order to encourage exports to the U.S., as that meant that America could buy Chinese goods more cheaply.

However, this caused multiple complaints here that the Chinese were deliberately keeping their currency low to give themselves an unfair trade advantage. So the Chinese government eventually let the yuan appreciate, starting around 2005. At its strongest, it reached as much as 6 to the dollar.

That appreciation continued on and off until 2014, when the value of the yuan began to drop again. This includes three straight days of devaluations that precipitated the 2015 “August crash” in U.S. stock markets. Now it’s nearing a five-year low against the dollar.

Some financial experts believe that this is nothing to worry about. They assure us China’s currency devaluation will continue to occur slowly and gradually, so as not to cause volatility in the exchange rate. However, others worry that, if the trend continues, the yuan could fall back to its pre-2005 level of 8.3 to the dollar—or even lower.

China’s Effect on the American Economy

There are several problems with China’s devaluing their currency in this way. For one thing, as the yuan grows weaker, the dollar grows stronger by comparison. Chinese currency isn’t the only one weakening at the moment, either. After the announcement of Brexit, both the pound and the euro dropped sharply.

Factoring all of that in, the dollar is the strongest it’s been in a long time. This sounds on the surface like a good thing. Many experts are worried, though, that we’re in the midst of a currency bubble. As the dollar’s strength increases, more people are investing in it, artificially driving its value up even further. The problem is this kind of increase is unsustainable over time. Eventually the bubble will burst, sending the dollar plummeting.

China and the IMF

In addition to the currency bubble, there’s another way in which the dollar is suffering at the hands of the yuan. On the first of this month, China’s currency officially became a part of the International Monetary Fund’s Special Drawing Rights. The concept of SDR is somewhat complicated, but essentially it allows other countries to purchase yuan using their own currency, through the IMF.  Currently the SDR also includes the U.S. dollar, the British pound, the euro, and the Japanese yen.

The yuan is currently the fifth most used currency in the world, which is why the IMF agreed to include it. But the United States and other countries strenuously objected to the decision. With China’s history of manipulating the currency for its own benefit, regardless of the costs to other nations, this inclusion could be a disaster for the entire global economy.

We’ve already suffered our worst market crash since 2008 at the hands of China’s currency manipulation.  Thus the continuing devaluation of the yuan could be the tipping point that sends us into economic collapse. It’s important to take steps to protect yourself and your assets during such a precarious time. 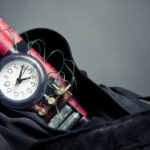 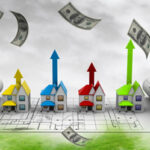