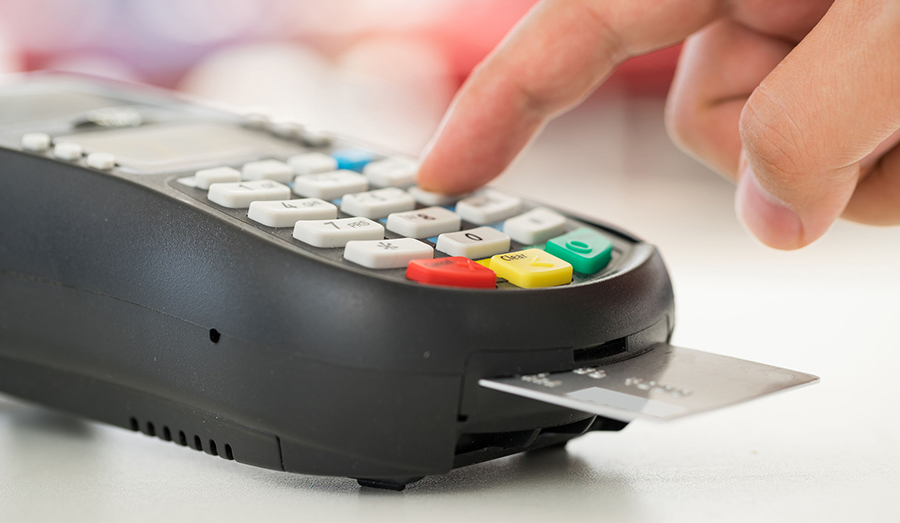 By now most retailers have updated their point of sale systems to accept the new chipped credit cards that have been gradually introduced over the past few years. The new cards are intended to be more secure than the old magnetic stripe cards, but their introduction hasn’t been without hiccups.

Transactions made with chip cards take several seconds longer than swiping a card. The chip card has to be inserted, the payment terminal then communicates with a number of systems to authorize the transaction, and then the customers receive a prompt to remove the card. But because of the number of systems with which the payment terminal has to communicate, the time taken to authorize the transaction could take ten seconds or more, a seeming eternity when you’re trying to check out.

Even paying by cash is often quicker than using a chip card. Then there are still retailers who haven’t made the switch to accept chipped cards, even though their payment terminals have the chip readers, which also adds to delays if customers try to insert their chip cards only to see them not work.

Payment processors are trying to introduce new payment terminals that would allow customers to insert and quickly remove a chip card, similar to how magnetic swipe cards work. That would significantly speed up transactions, but those terminals haven’t been adopted by a large number of retailers yet.

The slowness of chip card transactions may provide an opening for other types of payments to make inroads. Payment with Bitcoin, which has been around for a number of years, allows customers to tap their phone against a compatible payment terminal and transfer funds from their Bitcoin account to that of the vendor. Contactless credit cards would work in much the same way, but updating point of sale systems to accept them imposes another cost on retailers who have only just updated their systems to accept chip cards.

Other methods of electronic payment such as Apple Pay and Android Pay work in much the same way as Bitcoin apps and contactless credit cards. But because phones have to be unlocked to use those payment methods, any clumsiness with unlocking a phone can slow down a transaction. As anyone who has fumbled with an electronic boarding pass on a phone can attest, sometimes using your phone isn’t quite as convenient as having something tangible in your hands that can be quickly swiped.

Still, the trend seems to continue to head towards electronic payments that will get faster and faster. The quicker customers can check out, the less frustrated they are and the more sales retailers can make. We’re living in an era of unprecedented innovation with regard to payment systems, so let’s see what the future holds.

America First Policies and Their Effect on the Oil Industry