The numbers don’t lie, Americans are addicted to debt. The numbers available as of July 2014 paint an alarming picture of a populace drunk on borrowing and on a collision course with a rude reality that will send shockwaves across our economy. What’s most surprising about the new numbers is they don’t even account for mortgage payments, which are not counted the same as unsecured debt.

Most experts suggest that nearly 70% of our nation’s GDP is either directly or indirectly related to consumer spending. That means small changes in consumer behavior can have very large changes in the health of our economy. That becomes apparent when you think about the amount of economic activity that flows from even simple transactions.

The greatest threat then to the U.S. economy is if consumers dial back spending because they’re worried about being able to pay the bills. That became evident in 2008 when massive layoffs swept the country and consumers slashed spending. It took six years for things to get back to something resembling normality. In the U.S. consumers are the geese laying the golden eggs of capitalism.

A Fourth Of Consumer Debt Is Revolving

Roughly 26% of debt is revolving debt which would include credit cards, car loans, student loans and any borrowing for boats, campers, or large appliances. There are 156 million Americans holding an astonishing 1.2 billion in credit cards, or an average of eight cards per cardholder! According to NerdWallet, the average family carrying a balance is saddled with $15,607 in credit card debt.

When you add up all the debt Americans are carrying it comes out to $11.5 trillion, a number that comes close to rivaling the GDP of the entire country.

Why Haven’t We Crashed Already?

There’s a simple reason the debt economy hasn’t bitten our collective behind already and that is, perhaps somewhat ironically, the recession. During the recession consumers “deleveraged” in the parlance of economists; they paid off balances, defaulted on loans and held off on buying things they couldn’t afford. That binge of responsibility lowered the overall percentage of income obligated by debit.

Unfortunately that trend is reversing today and consumer confidence, now at a seven year high, is fueling a spurt of binge buying and Americans are once again laying on the debt.

This Is Going To End Badly

There’s a dark side to those deleveraging statistics and that is much of that “correction” is due to defaults, not repayments. That means the recovery in spending is really a smaller number of people spending more. Instead of climbing all the way back up that chart, consumers are going to hit a spending wall before we make a complete recovery. If that sudden retraction in spending happens to coincide with a natural disaster or other major crisis, we could easily see 2008 level devastation all over again.

The best way to prepare for a debt crisis is to stay out of debt and keep a fixed percentage of your wealth in hard assets, like gold and silver. In the debt economy those who flourish are those who buck the easy money trend and are on the right side of investing. Instead of paying good money into debt service, savvy money managers avoid debt and keep their money working paying interest, dividends and capital gains. 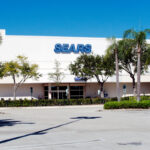 5 Iconic Brands That Could Disappear In 2015