REDTEA NEWS
Are We Seeing the Beginning of the End...
Keep Calm and Carry On
Trump Impeached a Second Time, But Why?
The Leftist Purge of the Internet Is Underway
Democratic Hypocrisy on Protests Knows No Bounds
Do Democrats Want a Civil War?
Will January 6 Go Down in History as...
Georgia Goes Blue: What Does That Mean for...
Leftist Hypocrisy on Political Rallies Growing More Obvious
More Evidence of Voter Fraud Piling Up
Home Money Facebook Drags Down NASDAQ, Loses More Value in One Day Than Any US Stock in History
Money

Facebook Drags Down NASDAQ, Loses More Value in One Day Than Any US Stock in History 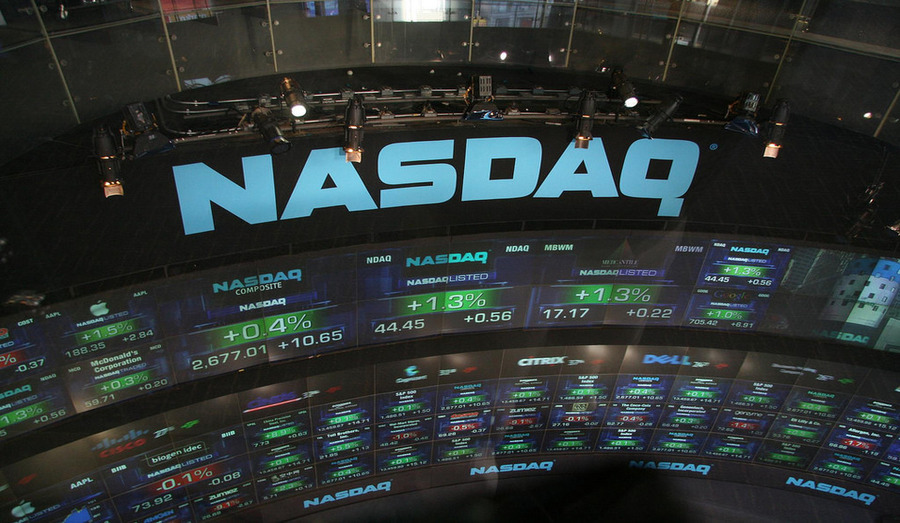 After a series of public relations crises over user privacy and censorship, Facebook dropped 19 percent and lost $120 billion of market value in a single day on July 26, taking the biggest hit in US stock market history. MarketWatch reported that the company had “lower-than-expected quarterly revenue, slowing user growth and weak guidance.” As a result, the NASDAQ Composite Index took a hit worth 80.05 points, declining 1 percent. Just three months after CEO Mark Zuckerburg was called to testify before Congress on security breaches and took tough questioning from Republican Senators for Facebook’s apparent political bias, his company was blamed for weakening an otherwise strong market.

The market resoundingly reacted positively the day before, after President Trump and European Commission President Jean-Claude Juncker announced they would be working together to eliminate trade barriers between the US and the EU. So when the news broke of Facebook’s slumping wealth the next day, onlookers were left surprised and disappointed. CNBC reported the losses as reminiscent of Intel and Microsoft’s heavy losses of the 2000 dot-com bubble bursting. Several analysts told CNBC that “stagnating core user growth” is burdening Facebook with excessive “uncertainty.” Since this time in 2017, Zuckerberg’s net worth has dropped by $2.2 billion.

The New York Times reported that the devil was in the details. With news of further upcoming disappointing revenue reports, “the sheer size of Facebook’s fall” spooked investors. As noted by the NYT, “There are few examples of single-day losses so large.” CNBC noted the advantages Google’s parent company Alphabet has over Facebook. For instance, Alphabet is more diversified and Facebook’s earnings reports exposed a potentially dangerous weakness. Dan Niles, founding partner of AlphaOne Capital Partners, told CNBC Google is their “favorite in the internet space right now” and is preferred over Facebook.