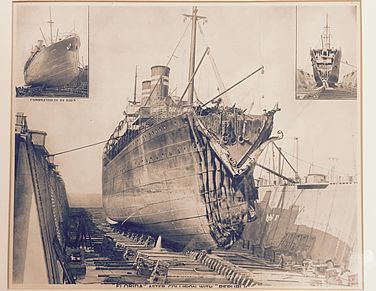 Early in the morning of January 23, 1909, Captain Inman Sealby paced in the wheelhouse of the RMS Republic, a 570 foot, 15,400 ton steamer out of New York bound for Gibraltar. The Republic was a sound ship with a good captain and nicknamed the “Millionaire’s Ship” because she so frequently entertained the rich and famous on her transatlantic journeys in the days before passenger air travel. The RMS Republic was considered the flagship of the White Star Line, a luxury liner that was one of their prized vessels. While the ship frequently entertained the rich and famous, she also had a Third Class capacity of 2,000, making her one of their most profitable ships in the inventory.

This trip was similarly attended by the New York elite as she left port in the early morning hours of January 23rd and Captain Sealby had among his passengers and crew the wealthy, the influential, one or two prominent industrialists and some minor royalty as she set sail for the Mediterranean. It was a white knuckle passage with the ship wrapped in thick fog as she left port. Not one to take chances, Captain Sealby stuck to the outbound shipping lanes, was temperate with the ship’s speed and signaled her presence to other ships by periodically sounding her whistle.

At 5:47 am the crew heard an answering whistle out of the fog and immediately put the Republic’s engines in full reverse and made a hard left turn. Out of the fog the SS Florida appeared and rammed the Republic port side amidships, immediately killing three passengers on the Republic and several crew aboard the Florida. The collision knocked out the Republic’s steam power, dynamos and propulsion. The only power she had left were batteries to run the new Marconi wireless telegraph, which immediately started broadcasting CQD, the equivalent of SOS today.

In those days passenger liners rarely carried enough lifeboats for all the passengers and crew, believing that lifeboats would only be useful in ferrying passengers to a rescue ship. Setting up a disaster scenario of epic proportions just three years later. That scenario unfortunately worked for evacuating the Republic’s passengers and crew to the Florida and other responding rescue ships. But the Republic itself was doomed and, despite efforts to keep her afloat and tow her into port, the ship sank later that night in 270 feet of water off Nantucket Sound.

After the news of the dramatic rescue faded from the headlines there were rumors of a vast treasure that sank with the ship in the cold, shark-infested waters. Even though the ship was afloat for several hours, there was no power to run the lifts or raise passenger luggage or valuable from the ship’s secure storage facility. Besides, in their mind the ship was unsinkable (sound familiar?) so why bother evacuating the treasure?

There was the usual amount of cash and jewelry that belonged to the ship’s wealthy passengers, but also roughly $265,000 in Navy payroll, which would be worth fifty to seventy-five million in today’s dollars. There was also several thousand pounds of silver ingots, impressive but not the Big Kahuna. That was all dwarfed by the secret cargo of $3,000,000 (face value) in brand new, uncirculated Gold Eagles destined for the Czar of Russia. Five tons of mint condition gold coins issued by the U.S. Mint.

That treasure has been the quest of Florida resident Martin Bayerle, owner of the exclusive salvage rights for the Republic, for the last 35 years. The ship was located and identity confirmed during salvage dives in the late 1980s but the treasure in gold coins was not discovered (http://www.rms-republic.com/index.php). Trying to find the treasure cache in the ship’s interior has been compared to finding a double-door refrigerator in the mangled interior of a skyscraper.

Mr. Bayerle teamed up with the History Channel for a series called Billion Dollar Wreck. If the billions in Gold Eagles are there, it will rank as one of the greatest treasure finds in history. 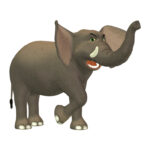 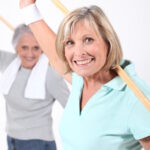