REDTEA NEWS
Challenge the State, Lose Your Job
Hollywood Elites Befuddled by Concerns of Ordinary Americans
The Medical Industry Continues to Fail Patients
Red Wave? What Red Wave?
Leftists Melting Down as Musk Takes Over Twitter
Fetterman’s Disability Can’t Be Covered Up
Kanye West the Latest Victim of Last Gasp...
Alex Jones Verdict a Loss for Free Speech
Under Biden, Even the Air Force Can’t Escape...
While US Continues to Focus on Russia, China...
Home Money How to Make the Economy Work for the People
Money 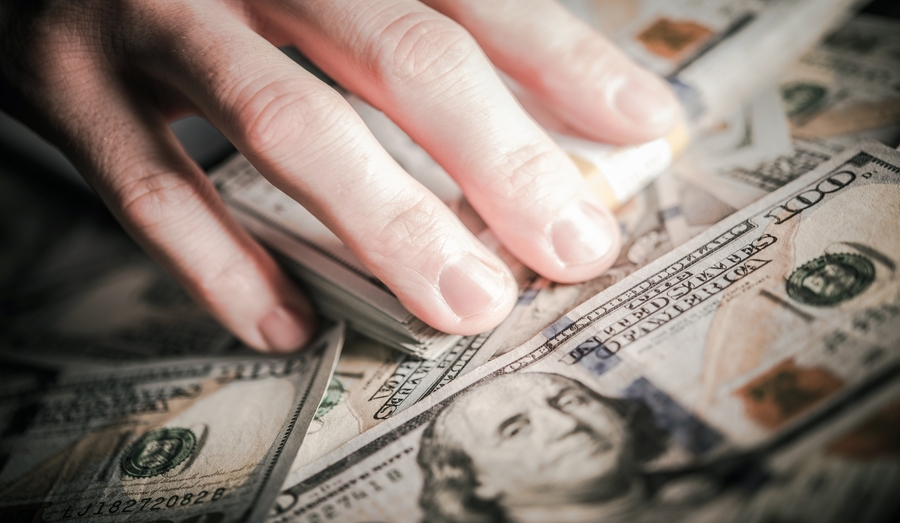 Populists from all sides of the political spectrum think they know THE solution that is going to finally make the economy start working for the everyday masses of people. Trump and the right want to impose tariffs and restrict immigration in the hopes of preserving American jobs. Bernie Sanders and the progressive left want high taxes, strong business regulations, and taxpayer-funded college and healthcare in hopes of empowering the poor and middle class.

A rapidly growing voice in the political arena, libertarians and classical liberals, passionately believe that they know of another set of solutions that actually would empower the working class. History, economic theory, and empirical evidence seem to back up their arguments. Here is how you make the economy work for everybody and not just the few and the powerful.

The #1 thing making it more difficult for people to pull themselves out of poverty or to live more comfortable lives, and this has been true for thousands of years, is inflation.

Inflation today is defined as “a general increase in prices and fall in the purchasing power of money.” Inflation historically has been defined as “the expansion of the money supply” and it was understood that this increase in the money supply, which devalued the currency, resulted in higher prices. This redefining of the economic term “inflation” was necessary in order to sell the public the notion that the Federal Reserve’s money printing and creation of inflation is good and proper. The reason this notion has been pushed is because our currently gigantic federal government that spends $4 trillion per year and has over $21 trillion in debt requires the Federal Reserve’s money printing in order to sustain itself.

With sound money and sound banking, which is something the Founding Fathers strongly advocated for, your money will maintain its value over time. The reason for this is because your currency’s value is based upon something tangible with unique value that you can redeem and also because the banking institutions are limited in the amount of paper money they can print relative to the commodity backing in reserves. So if one private bank was being dishonest with the amount of paper notes it was putting in circulation relative to the amount of reserves it had, the market would eventually punish that bank and people would move to a more sound and honest banking institution.

This is completely the opposite of our current banking system. Our current system gives one institution, the Federal Reserve, enormous unchecked power to create nearly limitless amounts of money without restraint and you cannot choose to use another type of money. The Fed, which was created in 1913 and has gradually grown into the monstrosity that it is, is where ALL the inflation comes from. For quite some time in the US people’s savings gained value over time. Today that is not the case and that is because of the Federal Reserve’s massive theft through its fraudulent creation of money. Under a system of free market banking, competing currencies, and sound money people would be rewarded for saving, not punished, and we’d all get much wealthier over time.

Step 2: Let Consumers (Not Politicians) Pick The Winners and Losers

The government has the power to give the subsidies and to write the regulations and so that power will inevitably be up for sale. In order to end the culture of corporatism, cronyism, rent-seeking, lobbying, and favor-seeking, the power of the government to pick winners and losers must be abolished and returned to the people.

The people who know best regarding which companies should stay in business and which ones should shut down are everyday consumers. So instead of letting politicians tax (steal) our money and then decide who to give it to (which is always inevitably the big corporations), people should be able to decide for themselves where their money is going to go. This would be embracing consumer sovereignty. This would be the most democratic and representative system possible, as each person in society would be able to directly decide where the fruits of their labor are going to go.

Chances are this would result in less money going to big corporations and powerful institutions and instead it would go towards the businesses and institutions creating real value and driving real progress for society. This non-preferential system of consumer sovereignty where everyone can choose for themselves and where only the productive and considerate companies are rewarded is called the free market.

Today 30% of jobs in the United States require some sort of license, which is up from 5% in 1950. The vast majority of the time these licenses are lobbied for by existing businesses in order to limit new competition. Often times the existing businesses will be allowed to influence the qualifications needed for new entrants, leading to a rigged game. Other times the licensing requirements for ordinary jobs are far more stringent than important public safety jobs, for example hair cutting licenses are far more burdensome than the training required to become an EMT or a police officer.

All kinds of regulations exist that are designed to stifle small businesses, low-level entrepreneurs, new market entrants, and low-skilled workers. Any and all anti-competitive regulation should be abolished. People should be allowed to work, to start a business, to enter a market, and to compete without the government’s permission, without the existing competition’s permission, and without any other arbitrary barriers to market entry. The minimum wage is but one example out of hundreds.

Free market libertarianism is painted by the far left and far right as an economic philosophy that will empower the rich and the corporations, but that could not be more wrong. Libertarianism is the philosophy that will and that has continually disrupted the entrenched and the corrupt. Free markets are the single most powerful force for poverty alleviation and wealth creation humans have ever known and especially for the everyday person. Markets empower the poor, the workers, and will make the economy work for the people.

Why US Intelligence Agencies Feared the Trump-Putin Summit