REDTEA NEWS
Catholic Pro-Life Speaker the Latest Victim of DOJ...
New York Doesn’t Want Good Guys to Stop...
Top FBI Agent Forced Out After Allegations of...
Who Is the Real Threat to Democracy?
A Dozen Federal Agencies Behind the Online Censorship...
Government Is Behind Much of the Social Media...
Hunter Biden’s Laptop Repairman Alleges FBI Tried to...
Can You Trust the FBI Not to Steal...
Is General Milley Guilty of Insubordination?
Raid on Trump’s Home Highlights the Dangers of...
Home Money Is Profit Bad? Is Capitalism Greedy?
Money 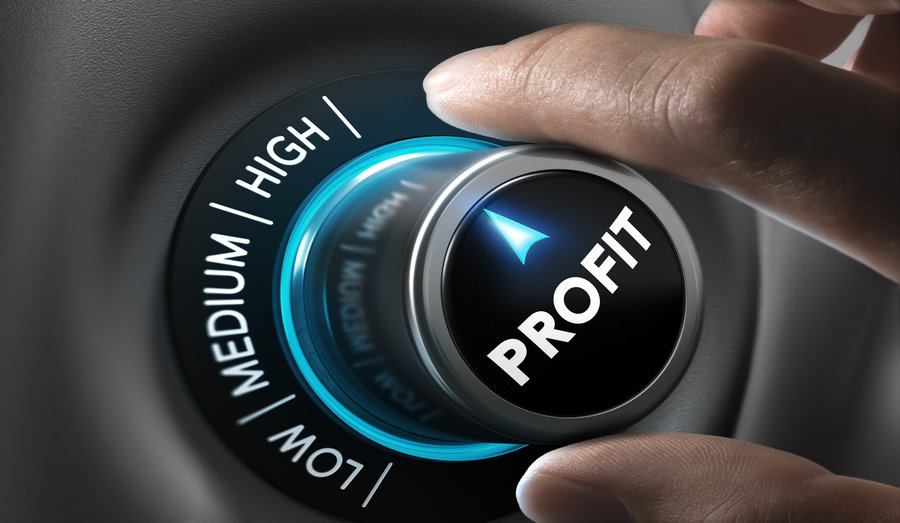 It’s repeated incessantly: “Money is the root of all evil. Corporations run purely on greed and care only about their bottom line. The rich don’t pay their fair share. The successful got successful through exploiting poor workers. Profit is immoral. Capitalism is a system based on greed, instead we need an economic system based on need.” I can empathize with these arguments and I can understand why people think these things, because I used to be a socialist. But here’s the truth.

The Morality of Capitalism

“Well first of all, tell me: Is there some society you know that doesn’t run on greed? You think Russia doesn’t run on greed? You think China doesn’t run on greed? What is greed? Of course, none of us are greedy, it’s only the other fellow who’s greedy. The world runs on individuals pursuing their separate interests. The great achievements of civilization have not come from government bureaus. Einstein didn’t construct his theory under order from a bureaucrat. Henry Ford didn’t revolutionize the automobile industry that way. In the only cases in which the masses have escaped from the kind of grinding poverty you’re talking about, the only cases in recorded history, are where they have had capitalism and largely free trade. If you want to know where the masses are worse off, worst off, it’s exactly in the kinds of societies that depart from that. So that the record of history is absolutely crystal clear, there is no alternative way so far discovered of improving the lot of the ordinary people that can hold a candle to the productive activities that are unleashed by the free-enterprise system.”

Capitalism comes down to two things: 1. Respect for property rights, and; 2. voluntary trade. If a corporation pollutes land, it should be charged and held liable, and in a free market society it would be held liable because it violated someone else’s property rights. If you create something, you should be able to claim ownership over it and utilize full authority over what happens to your creation. And people should be able to consensually exchange with one another, whether it be barter, money for goods, labor for money, or any other type of trade. As long as it is consensual then it is allowed under free market capitalism.

The argument for greed could go either way. The socialist ruler who says all private business must work for the interests of society (which is always subjectively determined by the ruler) could be said to be acting greedily. When the socialist argues that all wealth should be redistributed equally, he could be said to be acting greedily. I think that a socialist wanting to redistribute the wealth I created is more greedy than me wanting to keep full ownership over the wealth I created. If I build a car, and it was the only one in town, the socialist would say my not allowing people to freely use it would be greedy, yet somehow the socialist using physical force to take the car from me on someone else’s behalf is not greedy?

Capitalism rewards those who find ways to make others happy. In a global marketplace with millions of competing businesses, if people are willingly giving me their money, it’s because I am providing them with a valuable service that they appreciate. It is through value creation and persuasion that I make my living in capitalism. Under socialism, money is taken through coercive force by the government and spent in a way that the central planners deem “in the interests of society.” You tell me which one rewards good behavior and which one is more prone to abuse and corruption.

The Unappreciated Importance of Profit

The profit motive serves many important functions that go unnoticed and unappreciated. The profit motive incentivizes conservation of resources and innovation. If a company invests in the production of a certain good or service and it’s continually suffering losses, then the market is telling it that it is destroying value, wasting money, and that it isn’t adequately meeting people’s demands. The profit motive pushes companies to be less wasteful, to conserve resources, to find more efficient ways of doing things. Notice that government agencies like the United States Post Office, the police, the DMV, the TSA, and many more provide low quality services while spending insanely high amounts of money. The reason is because they aren’t held accountable by the profit motive, instead they’re guaranteed their income through taxation regardless of their performance.

In regards to conservation, capitalism is actually very good for the environment. One such example is how whales were going extinct because they were being hunted for their whale blubber. The blubber was used to light lanterns that would light homes, but it was expensive so only the rich could afford it. Then along came the discovery of efficient refining processes that made the production of kerosene extremely cheap. This simultaneously allowed people of all income levels to power their homes and it saved the whales from going extinct. Capitalism is constantly looking for ways to do things more efficiently at lower cost.

Profit is also what incentivizes the production of important goods and services in the first place. Under communism, because all wealth and property is owned and controlled by the state, that means there is no profit, and thus there is no incentive to produce and to innovate. With profit motives, new technologies, inventions, and innovations are created. The production of much-needed goods and services is incentivized.

Without a profit incentive we wouldn’t know what to produce and in what quantity or quality. Tons of resources would be wasted. Valuable goods and services wouldn’t be produced. Innovations and new technologies would go undiscovered and uncreated. Clearly profit is necessary for a flourishing economy and society, but it also is not immoral because it is entirely consensual.