REDTEA NEWS
Hollywood Elites Befuddled by Concerns of Ordinary Americans
The Medical Industry Continues to Fail Patients
Red Wave? What Red Wave?
Leftists Melting Down as Musk Takes Over Twitter
Fetterman’s Disability Can’t Be Covered Up
Kanye West the Latest Victim of Last Gasp...
Alex Jones Verdict a Loss for Free Speech
Under Biden, Even the Air Force Can’t Escape...
While US Continues to Focus on Russia, China...
Democrats Maneuvering to Make the Deep State Permanent
Home Money Is the Tech Bubble Coming to an End?
Money 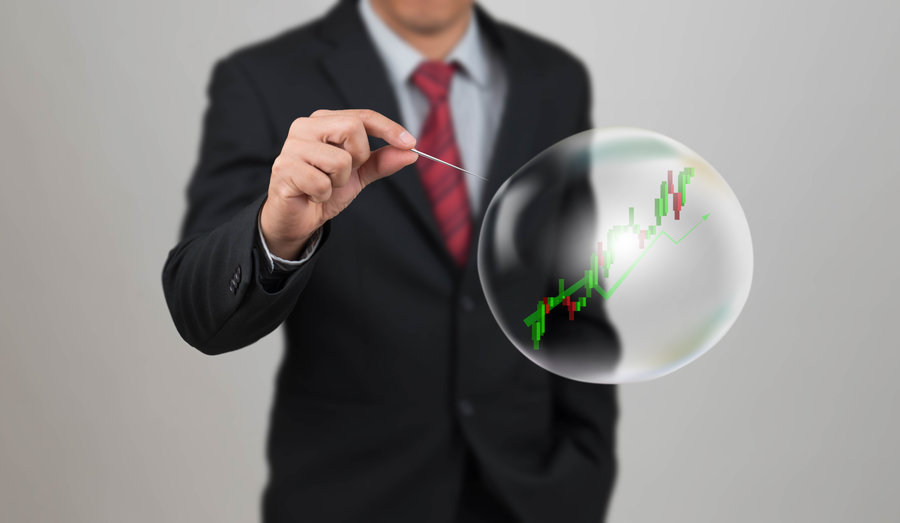 Stock markets went on a tear two years ago and haven’t really looked back yet. From a low of less than 16,000 points in February 2016, the Dow Jones reached 26,000 points this year before finally falling back into the 25,000-point range. But is that growth really sustainable?

A significant portion of the growth in stock markets has come about because of the popularity in tech stocks. The FANG or FAANG stocks (Facebook, Apple, Amazon, Netflix, Google) have become the darlings of many a financial adviser. Invest in a technology stock fund and it’s likely that 80% or more of the fund’s holdings consist of those five FANG stocks.

And it isn’t just stock markets that have seen that euphoria. Unlike the dotcom bubble, in which every nascent internet company was issuing an IPO, this dotcom 2.0 bubble has seen a huge number of tech “unicorns,” start-up firms that are valued at over $1 billion but that haven’t had the need to issue stock. That’s because of the vast amount of money they’re able to raise through venture capital funding, whether it’s from venture capital firms, hedge funds, or mutual funds.

Thanks to the trillions of dollars of new money created by the Federal Reserve System in the aftermath of the financial crisis, Wall Street is flush with money. All that money is looking for a return, and for many years stocks weren’t offering the types of returns that investors were looking for. With the success of disruptive companies such as Airbnb and Uber, other investors began to look for the next big thing, the next hot tech company that they could invest in to make it big. And so they began to invest in start-up technology firms.

As a result, there are over 100 tech unicorns that are currently valued at over $1 billion based on the amount of investment they have received, but many of them are overvalued. Despite all the hype surrounding these companies, and the huge growth in their user base and revenue, many of them struggle to make a profit. They burn through cash quickly and rely on continued investment to keep them afloat. But with the Federal Reserve tightening its monetary policy and interest rates rising, they won’t be able to rely on that funding for too much longer.

Many of these unicorns may not be around 2-3 years from now, and their investors stand to lose billions of dollars of money they’ve invested. While the collapse of these unicorns may not hurt ordinary investors like the dotcom bubble did, this second iteration may hurt larger institutions, which could exacerbate any coming economic downturn. “Irrational exuberance” wasn’t limited to the dotcom bubble, so investors need to watch out lest they get burned by dotcom 2.0.