REDTEA NEWS
Hollywood Elites Befuddled by Concerns of Ordinary Americans
The Medical Industry Continues to Fail Patients
Red Wave? What Red Wave?
Leftists Melting Down as Musk Takes Over Twitter
Fetterman’s Disability Can’t Be Covered Up
Kanye West the Latest Victim of Last Gasp...
Alex Jones Verdict a Loss for Free Speech
Under Biden, Even the Air Force Can’t Escape...
While US Continues to Focus on Russia, China...
Democrats Maneuvering to Make the Deep State Permanent
Home Money Playing the Name Game — How to Choose a Name for Your Small Business
Money

So you’ve decided to start a business.  Now comes the fun part: choosing the best company name, one that will become the next globally recognized mark of success.

Like lion taming, choosing a company name is definitely harder than it appears. There are many ways you can go wrong, including coming up with something hard to pronounce, harder to spell, and perhaps insulting in another language. Ask Frank Perdue, the chicken magnate, about his campaign in Spanish. The urban legend is that his slogan, “It takes a strong man to make a tender chicken,” was translated as “It takes a sexually aroused man to make a chicken affectionate.”

The best company names become iconic not because they are perfect — after all, “Coca-Cola” is hard to say in Chinese, yet beloved there — but because they are associated with good times, prosperity, relaxation, and/or a hint of the exotic.

The eventual name of your company can also indicate how much imagination you have, your ambitions, and the nature of the corporate culture you’re trying to create.  For example, the name “Yahoo!” indicates that it’s not quite stuffy at that office. And the best corporate names don’t box you in for future expansion or changing times. That’s why 20th Century Fox and Kentucky Fried Chicken had to change.

The best company names become iconic because they are associated with good times, prosperity, relaxation, and a hint of the exotic.

It’s also worth noting that made-up names may sound cool, but they’re not necessarily the best corporate names for creating an instant identification.  Ask yourself, what business is Aventis in?  Bonus points if you also know what Sapient does.

PAST NAMES CAN HAUNT

Whatever you do, make sure the name isn’t already taken by something flying under the radar.  The best names may have occurred to someone many years ago. Budweiser is a classic example of that, enduring a long-running dispute with brewers in the CzechRepublic over the name of their beer. It’s also worth noting that the band Nirvana (yes, bands are a business) didn’t know there was another, obscure psychedelic band of the same name. They allegedly settled out-of-court for a six-figure sum.

Also, avoid the temptation to name your company as though it’s the dominant player in the market, before you’ve actually established that. Calling your company No. 1 Chinese Food, Best Insurance, or AAA Plus Plumbers fools no one, and lumps you into the dreaded “faceless” category of businesses. The days when it really mattered that you were at the beginning of the Yellow Pages have ended, Pops, so coming up with something geared toward an artificial summit isn’t necessary.

It may seem like a good idea to brand your business with geography. After all, what’s smarter and more identifiable than the place you live and work?  The strategy looks a little worse when your brand begins to outgrow the market and aims to go national and international. That’s how the Minnesota Manufacturing & Mining Co. became 3M.

If you’re still stumped for a name, there is help available. There are companies like A Hundred Monkeys, or advertising/marketing firms that can do the brainstorming, research, and clearances to develop the perfect name or slogan for your business — now and tomorrow.

Unless, of course, your name is Mud. 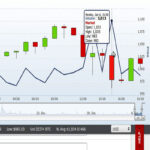 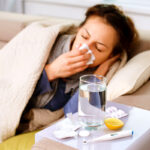