REDTEA NEWS
Democratic Rhetoric Is Going to Result in Violence
Is Biden Trying to Get Into a War...
Austria Locks Down, Other Countries to Follow
Rittenhouse Acquittal Is a Victory for Self Defense...
The Nanny State Encroaches Even Further
If You Want a Better Future, Educate Your...
Metallurgist Caught Faking Results on Submarine Steel
As Durham Closes In, the Establishment Gets Nervous
The Lesson to Be Learned From the Elections
Biden Doubling Down on the Stupid
Home Money Principles of Laissez-Faire
Money 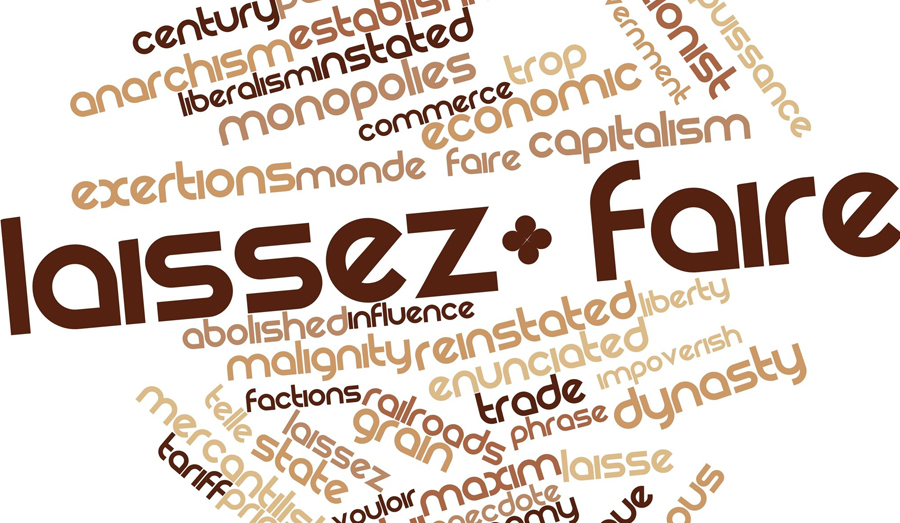 Laissez-faire is an economic philosophy which emphasizes a social system based upon individual rights, including private property rights, and voluntary exchange. The principles underlying this system are responsible for some of the greatest achievements in societal advancement, lifting standards of living, and alleviating poverty in the history of the world.

In a free market society everyone has the right to not be aggressed against, assaulted, stolen from, extorted, unlawfully imprisoned, etc. These protections also apply to government, not just the citizenry, as the state must also not infringe upon the rights of the individual.

All people are self-interested. Even when someone gives to charity or acts altruistically, that person is acting in his self-interest, as that is what he values at that point in time.

The freedom to live life as you see fit, to use your time, energy, and resources the way you intend is vital for prosperity, happiness, and fulfillment in your own life. When people are free to pursue their separate interests, while respecting individual rights, they create enormous benefit and welfare for society, without even meaning to.

As Adam Smith said, “It is not from the benevolence of the butcher, the brewer, or the baker that we expect our dinner, but from their regard to their own interest.”

When government steps into the market, it is always to benefit someone at the expense of another. Throughout history, the government has used its power to regulate and control to protect entrenched big business at the expense of the consumer and smaller competitors. When the state has the power to pick winners and losers, a culture of rent-seeking and corruption is incentivized.

What we want is a culture of principled entrepreneurship, where value creation and meeting the needs of the consumer is the highest priority. This is done through unhindered competition, which acts as a mechanism of accountability against unethical or harmful businesses, and also provides an abundance of choices, lower prices, and higher quality service.

This principle applies to foreign business competitors too. Protecting domestic industry against foreign competition through tariffs and quotas serves to only harm the consumer and to create an inefficient domestic industry.

The 20th century was terrible for liberty and individualism. Hundreds of millions died under the false promises of statist collectivism. In the process, Western civilization has forgotten and rejected its individualistic history and instead has adopted its own brand of authoritarianism. Understanding, spreading, and teaching laissez-faire, the philosophy of freedom, to the coming generations of young people, is vital if we wish to see freedom win.