REDTEA NEWS
Hollywood Elites Befuddled by Concerns of Ordinary Americans
The Medical Industry Continues to Fail Patients
Red Wave? What Red Wave?
Leftists Melting Down as Musk Takes Over Twitter
Fetterman’s Disability Can’t Be Covered Up
Kanye West the Latest Victim of Last Gasp...
Alex Jones Verdict a Loss for Free Speech
Under Biden, Even the Air Force Can’t Escape...
While US Continues to Focus on Russia, China...
Democrats Maneuvering to Make the Deep State Permanent
Home Money Rate Hikes Are Not Bad For Gold
Money 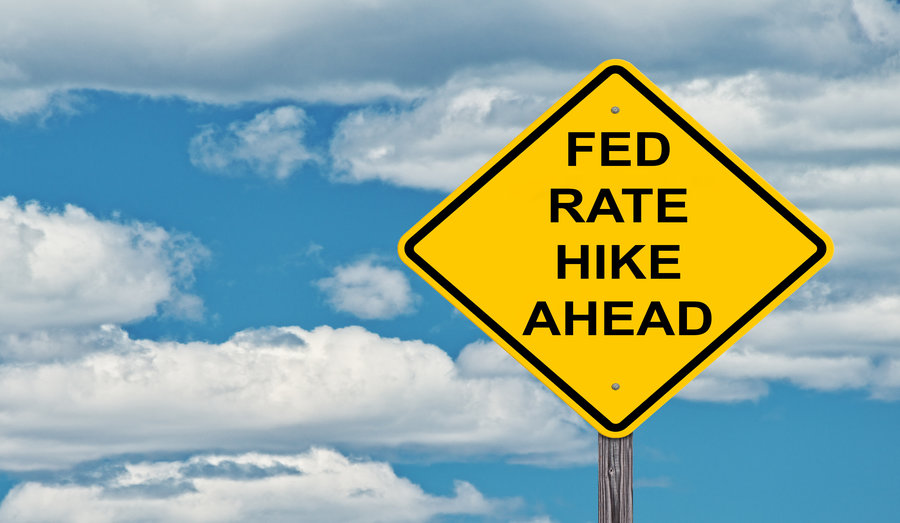 The popular belief among mainstream investors, financial institutions, and financial news outlets is that interest rate increases are bearish for gold prices. The logic goes that as interest rates rise, investments with higher yields such as bonds, money market funds, and the US dollar will be more attractive than an asset like gold that offers no yield at all. So as interest rates rise, money will flow into these higher-yielding investments, and out of gold.

In 1971 short-term interest rates reached a bottom at 3.5%. By the end of the decade in 1980, the same interest rate more than quadrupled, hitting 16%. The federal funds rate hit a lower low and a higher high. Throughout that identical time period, from 1970 to 1980, gold rose from $40 to a high of $850. Gold went through an enormous bull market during a time of quickly increasing interest rates. Throughout the ‘70s, gold and interest rates had a significantly positive correlation.

The mainstream financial media makes it sound as if rising rates always and inevitably results in lower gold prices, but we can see historical evidence showing the contrary.

In the early 2000s, gold rose gradually as interest rates fell rapidly. When the federal funds rate climbed back up, from 1% to 5% from 2004 to 2007, gold did not stop advancing, seeing a 92% increase in value. And when ZIRP (0% interest rate policy) was implemented for 9 years under President Obama, gold corrected severely, which was contrary to mainstream views that predicted rapidly rising gold prices in the face of low interest rates.

Gold and the Most Recent Rate Hikes

There have been 6 interest rate increases by the Federal Reserve since it began its new tightening cycle, with each hike being an increase of 0.25%. They’ve taken place as follows:

If you remember, gold hit a 6-year low of $1,045 in December of 2015. Gold then went on to rally furiously into the upper $1300s before sputtering out in August of 2016. That gold rally happened after the first rate hike since 2006. The ensuing five rate hikes also saw gold surge rapidly and considerably in the days and weeks following the rate increase. The current narrative being pushed that rate hikes are bad for gold is nowhere to be found. The last six rate hikes have all sparked moves higher in gold ranging from 6% to 20% moves. So how exactly have rate hikes been bad for gold? It seems to me that ever since the rate hikes began that gold has stubbornly been trying to advance higher.

Many people in the precious metals community over the last several years have been led to believe that gold and silver are going to go to the moon over night, and each time this fails to pan out they get frustrated, disappointed, and increasingly impatient.

It can take years for markets to sort themselves out and to correct fully. It took 4 years for gold to hit its 2015 low and it’s going to take some time for gold to finish forming a sturdy and powerful base, which it is currently doing. Gold is going to continue to tread sideways with some volatility, sorting out kinks, while having a bias towards the upside. This presents an amazing opportunity to continue to stack metals, build up your positions, and to systematically buy mining stocks and physical metals at these highly discounted prices.

I would also urge you to remain open-minded to the possibility of gold moving lower, and if that were to happen, it would be a great opportunity to reassess your investment strategy and to continue to purchase highly discounted assets. Any moves lower, in my opinion, would only be temporary, marginal, and fueled by irrational and ignorant confidence in the belief that the economy was saved and has recovered. Things are lopsided in favor of gold in the medium and long run.

At this point in time the stock market looks incredibly top-heavy and unstable. President Trump’s tariffs are hurting the economy and rising global economic tension is creating uncertainty in the markets. Rising interest rates are increasing the costs of servicing debt, which everyone – corporations, households, students, and especially government – is loaded up to their eyeballs with. Rising interest rates that slow down economic growth will hurt the dollar, and that’s exactly what we’ve seen so far under Trump, with the dollar getting weaker and weaker. If this is the trend to continue for the next couple of years, I expect gold and silver to perform exceptionally well.

Don’t make emotional decisions, realize you’ve got time, and do your due diligence.