REDTEA NEWS
Hollywood Elites Befuddled by Concerns of Ordinary Americans
The Medical Industry Continues to Fail Patients
Red Wave? What Red Wave?
Leftists Melting Down as Musk Takes Over Twitter
Fetterman’s Disability Can’t Be Covered Up
Kanye West the Latest Victim of Last Gasp...
Alex Jones Verdict a Loss for Free Speech
Under Biden, Even the Air Force Can’t Escape...
While US Continues to Focus on Russia, China...
Democrats Maneuvering to Make the Deep State Permanent
Home Money The Best Ways to Create a Monopoly
Money 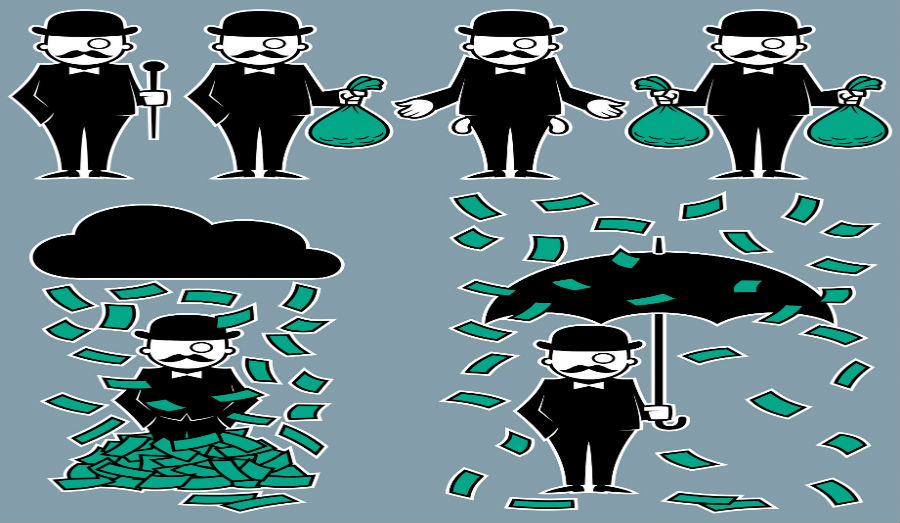 Anti-capitalists and economic illiterates of all varieties claim that monopoly power is a natural result of free market competition. A monopoly is a company that is the sole provider of a good or service in a market. Go take an honest look at economic history and try to find monopolies and near-monopoly corporations that were able to maintain their dominance over a market in the long run without any government assistance and protection. You will have a hard time finding one. Here is how monopolies are really created.

Have the Government Stifle Foreign Competition

Tariffs, quotas, or outright bans on foreign goods by the government are some of the best ways to gain a foothold in becoming a domestic monopoly. This allows domestic industry to charge higher prices because it faces less competition and consumers have fewer alternatives to choose from. This is an old tactic, it’s been happening for centuries, and continues today at the expense of consumers’ wallets.

The US International Trade Commission lists over 12,000 tariffs on imports including airlines, manufacturing, steel, trucks, numerous foods and consumer goods, and many more. In fact, from 1990 to 2013 the United States was the most protectionist country in the world.

Another top strategy is to simply lobby politicians and legislators to directly give you money in the form of subsidies. This can be done in the name of “creating jobs” or “promoting economic growth.” When you’re receiving taxpayer money you can easily out-price your competitors without worrying about becoming unprofitable, yet still, dominate a market. Farmers, oil companies, car manufacturers, NFL stadiums, and defense contractors are just some of the examples of corporations suckling from the taxpayer teat.

If you can’t out-compete them, out-regulate them. This involves raising barriers to entry in many different forms such as minimum wage laws, various licensing requirements, a complex tax code, and various strict rules that inhibit new businesses from starting. These regulations harm lower-skilled workers, lower-income entrepreneurs, small businesses and startups. It’s no wonder that Wal-Mart supports raising the minimum wage and that large corporations enjoy increasing regulations – because it raises startup, employment, and operating costs for smaller competitors.

This option may not be as popular with the corporate executives and shareholders, nor with the consumers, but that doesn’t stop governments from taking complete control of entire industries. Despite America’s free market rhetoric, the US has taken partial as well as complete control of various industries at certain times, including railroads, steel mills, banks, and utilities. The TSA, the US Postal Service, and Fannie Mae and Freddie Mac are also examples of socialistic, government-run enterprises.

Of all of the Fortune 500 companies that existed in 1955, only 12% of those companies remain on the list today. That’s nearly 9 out of 10 companies gone or out-competed. Market forces require businesses to constantly innovate, improve, and meet consumer demands. The only way to remain in existence is either to innovate and make consumers happy or to be propped up by government protection. The US Postal Service is objectively terrible and unprofitable, yet only exists because of guaranteed funding through taxation. Free trade and unstifled free markets are the best and only way to empower consumers and to prevent monopoly and corporate abuse.