REDTEA NEWS
Catholic Pro-Life Speaker the Latest Victim of DOJ...
New York Doesn’t Want Good Guys to Stop...
Top FBI Agent Forced Out After Allegations of...
Who Is the Real Threat to Democracy?
A Dozen Federal Agencies Behind the Online Censorship...
Government Is Behind Much of the Social Media...
Hunter Biden’s Laptop Repairman Alleges FBI Tried to...
Can You Trust the FBI Not to Steal...
Is General Milley Guilty of Insubordination?
Raid on Trump’s Home Highlights the Dangers of...
Home Money The Economy Is Far From Healthy: Peter Schiff on the Next Recession
Money

The Economy Is Far From Healthy: Peter Schiff on the Next Recession 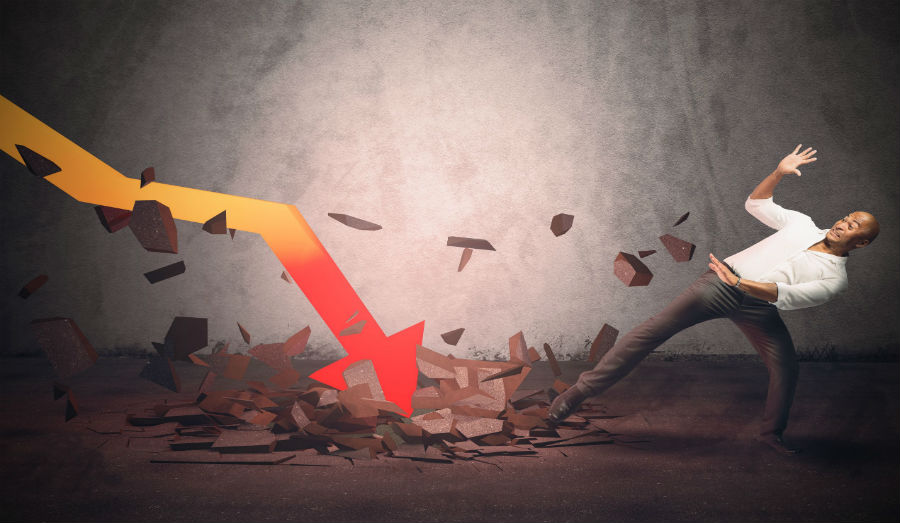 The first two weeks of 2018 have seen the stock market continue to surge higher, seeing only one down day since January 1st. With consumer confidence near 17-year highs, many are bullish on the US economy, but not Peter Schiff. Peter Schiff is an economist, investment manager, and was an economic advisor to Ron Paul’s 2008 presidential campaign. Schiff is best known for his mainstream media appearances in which he was laughed at and mocked for his scarily accurate predictions of the housing market crash and ensuing financial crisis.

In a recent interview, Schiff expressed his sentiments on the US economy. “Investors are oblivious. They are really whistling past the mother of all graveyards. This is the best start since 2006. And of course, people who were buying stocks in 2006 had no idea of the magnitude of the financial crisis that would hit the market in 2008. Well, the same people are even more clueless today, because the crisis that we’re heading for is going to be much, much bigger – much worse – than the one in 2008.”

And with China planning on slowing or completely halting its purchases of US Treasuries, the US bond market won’t be getting any help. This will add to upward pressure on interest rates as the Federal Reserve attempts to normalize rates and eventually begins to unwind its balance sheet.

And rising interest rates means facing reality for the US economy, which could be problematic, as Schiff touched on. “Interest rates are going way up, and people are oblivious to what that means. Because we have more debt than ever before in this country. You know, we had a crisis in 2008 because we had too much debt. Now we have much more. So the economy is in much worse shape. It is very vulnerable to a backup in interest rates. The whole justification for the stock market bubble is based on the fact that rates are low. But what if they’re not low anymore?”

Following the Great Recession of 2008-2009, the US economy went on to experience a 9-year bull market. This was due to all the monetary stimulus, 0% interest rates, and quantitative easing that was pumped into the economy, which reinflated all the bubbles that burst. Many Americans bought into the propaganda that their government and their central bank had successfully saved the economy, but the reality is no one can centrally plan and save the economy. Recovery has to happen on its own, without government interference.

It is dishonest to say that the economy has fully recovered before the stimulus has been fully taken away. With interest rates and the Fed’s balance sheet far from normalized, the verdict is definitely still out. With debt at never before seen levels, with rising inflation, and with rising interest rates, one should meet the economic narratives coming out of Wall Street, the Federal Reserve, and DC with heavy, heavy skepticism.

You Are Already Whole, So Stop Chasing External Validation