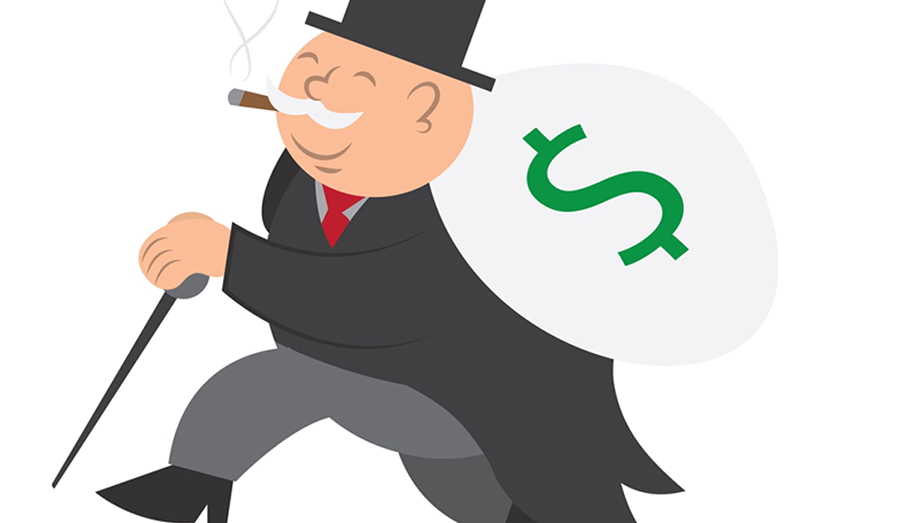 Banks in the United States are starting to pay higher interest rates on large and corporate accounts, while American consumers are still barely paid pennies in interest. The average interest rate paid by a bank checking account today is 0.04% or four cents for every $100 in deposits. To put that into perspective, in order to get $10,000 in interest you would have to deposit $25 million. That makes it absolutely impossible for the average depositor to make any money from depositing their cash at a bank.

US and European Bank Policies Diverging

This trend towards paying higher interest rates is exactly the opposite of what has been happening in Europe, where the introduction of negative rates by the European Central Bank and the Swiss National Bank spurred many banks to start charging fees to large accountholders. Negative interest rates meant that the central banks were charging commercial banks to hold reserves at the central bank, meaning that large account holders were actually costing the commercial banks money.

Because most bank depositors have very small balances in their accounts, large depositors make up a greater percentage of total deposit amounts and thus can have a major effect on a bank’s ability to operate. When interest rates were low, banks tried to discourage large depositors because of their potential effects on the bank’s operations. Now that interest rates have started to rise, banks are starting to compete for their business by offering them higher interest rates. That’s a bid to keep their business and keep them from withdrawing their funds, switching over to a competitor, and impeding the bank’s ability to do business.

Again, because the large deposits of those account holders can make or break a bank, banks are starting to fall over themselves to keep their business. Smaller depositors such as the average consumer don’t have that same effect. Threatening to close your $30,000 checking or savings account doesn’t carry the same weight as an institutional investor threatening to withdraw $3 billion in funds.

Because larger and institutional account holders have staff and procedures in place to switch banks easily, the cost of switching isn’t as much to them as it is to average Americans, who have to shut down one account, open up another, and take hours of time away from their jobs to do that. Large, institutional, and corporate accounts are hot money ready to move at a moment’s notice, so banks are trying to keep their business.

Until and unless Main Street depositors are able or willing to act collectively to move their funds, banks won’t offer to pay them more interest. At least for right now, nothing short of a threatened bank run seems likely to get banks’ attention. So as the Federal Reserve continues to raise interest rates, average bank depositors are unlikely to see any benefit in the form of additional interest paid into their accounts.