REDTEA NEWS
The Real Purpose of the Second Amendment
Why Gasoline Prices May Never Come Down
Are We in Civil War Already?
The Narrative Is So Transparent It’s Laughable
Another Pro-Life Pregnancy Center Firebombed
Attempt on Kavanaugh’s Life Shows the Danger the...
Inflation Causing Americans to Change Spending Habits
American Gun Owners Are the Last Line of...
Democrats Still Don’t Understand Guns or Gun Owners
Ask the Wrong Questions And You’ll Get the...
Home Money What’s the Deal with Brexit and Should You Care?
Money

What’s the Deal with Brexit and Should You Care?

Ever since June, Brexit has been one of the major stories in the news. It hasn’t even gone into effect yet, and already it’s had a huge impact on both Europe and the United Kingdom. What does it mean for America, though? How does Britain severing their ties with the EU affect us in the United States? The repercussions go deeper than you might think. Here are just a few.

A year later, we’ve only seen one additional small bump, last week, while insisting more hikes will come in 2017.

But, as we’ve seen, Brexit has caused serious fluctuations in our economy and made our financial future less stable. If the Fed were to continue to increase the interest rate, it will raise mortgages, credit card interest rates, and a variety of other things, potentially leading to another recession.

The full implications of Brexit can’t truly be known until the referendum actually takes effect. The transition will be a gradual process, over which time more of the impacts will become clear, for Britain and the EU, as well as for us. But whatever the repercussions are, they’re likely to be significant and long-lasting. 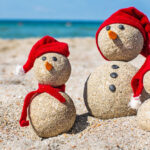 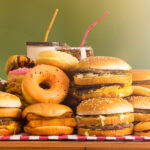 What Should You Cut from Your Diet to Live Longer?