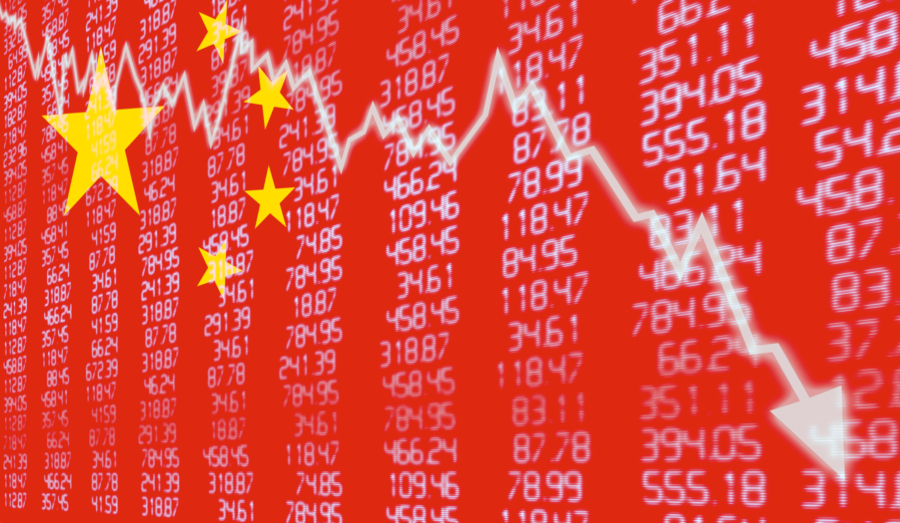 With the onset of tariffs pushed by the Trump administration, their effect on world trade has been profound. And while the effects on the US economy have been pronounced, affecting exports such as oil and soybeans, it isn’t as though those tariffs have left the Chinese economy unaffected. In fact, the effect of tariffs already on the Chinese economy has been so severe that the Chinese government is pulling out all the stops to keep production up. But in an economy with severe underlying instability and bubbles that are in great danger of bursting, the measures the Chinese government is taking could very well usher in an economic collapse.

The Chinese government just made its fourth cut this year to required reserve ratios (RRR). Those ratios for banks are the percentage of reserves that banks are required to keep on hand. Raising the reserve ratio is considered depressive, as it requires banks to keep more money on hand, thus cutting down on the number of loans they can make. Cutting the reserve ratio is considered stimulative, as banks now have more money that they are free to loan out. The cut to the RRR this time was a full percentage point, with a rate set at 15.5% for larger banks and 13.5% for smaller banks, the lowest RRR level since 2009. That’s equivalent to an injection of over $100 billion of funding into the Chinese banking system.

The Shanghai Stock Exchange has fallen nearly 20% this year, and with normal trade relations with the US being interrupted, new sanctions against the Chinese military being enacted, and bubbles galore at risk of popping, the Chinese government is doing whatever it takes to keep the economy humming. But with an economy that is already dependent on massive amounts of debt for the growth that has occurred so far, adding more fuel to the fire by cutting the RRR even further may just hasten the timeline for the Chinese economy’s eventual crash.

The Many Health Benefits of Drinking Lime or Lemon Water