REDTEA NEWS
NIH Royalty Payments Bring Up Conflict of Interest...
The COVID Narrative Is Changing Before Our Very...
Dishonesty Is the Left’s Stock-In-Trade
FBI Whistleblowers Coming Out of the Woodwork
Are You in a Government Database? Probably So
Leftist Tolerance on Display in Wake of Roe...
China Demands Censorship of US Landmarks in Movies
Biden Administration Clueless About Border Fiasco
The Left’s Meltdown Over Roe v. Wade
The Left’s Censorship Campaign Is Backfiring
Home Breaking News 10 Things You Need to Know About Boko Haram — and the 300 Girls They Kidnapped
Breaking News 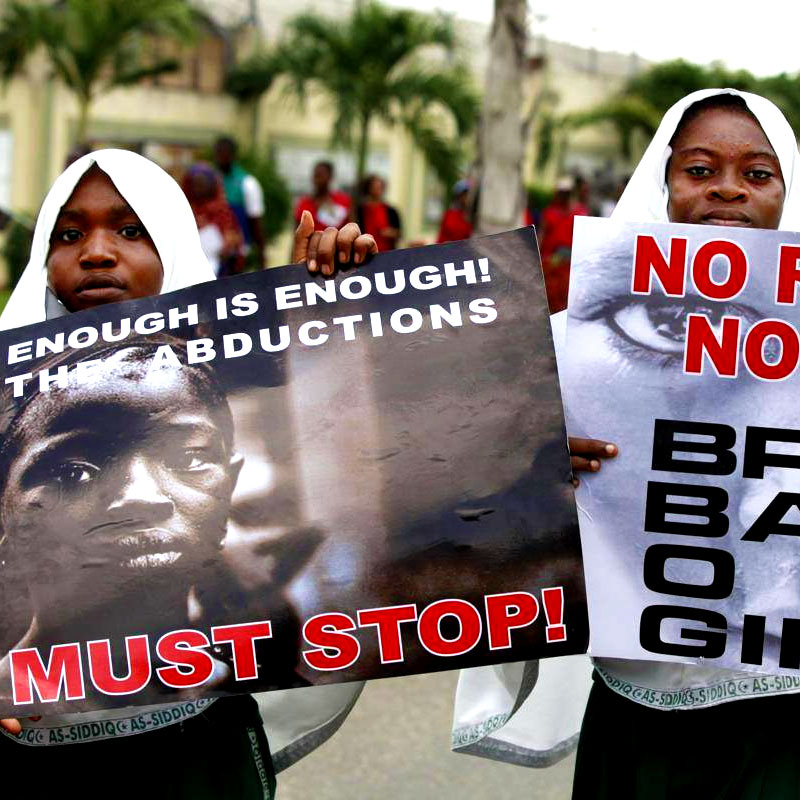 In the wake of the success of the #BringBackOurGirls Twitter hashtag campaign, the mainstream media are now giving more time to the ongoing tragedy in Nigeria. The Islamist terrorist group Boko Haram has taken responsibility for a violent attack on a high school in the eastern Nigerian town of Chibok, in which 276 female students were kidnapped. As of this writing, 24 days after the April 14th incident, 223 of the young girls, mostly Christians, are still missing; and at least 8 additional girls have been taken from other locations.

Boko Haram killed more than 300 people in an attack on the town of Gamboru Ngala earlier this week. The town was left unprotected because military forces were busy searching for the missing girls.

Here's everything you need to know about this shocking tragedy, and what authorities are doing about it.

1. Nigeria Is a Democracy — and a Human Rights Disaster

Nigeria is a constitutional republic in West Africa on the shores of the Atlantic, with a population of 175 million; it's the seventh most populous nation on Earth, despite being the size of British Columbia in land area. The official language of the former British colony is English, although 500 languages are spoken within its borders, primarily Yoruba and Hausa. Half its citizens are Muslims; 40%, including president Goodluck Jonathan, are Christians; and 10% follow indigenous faiths. The nation's human rights record, even after transitioning from a dictatorship to a democracy in 1999, is one of the world's worst. As many as 700,000 Nigerians are slaves.

The terror group actually calls itself Jamaʻat Ahl as-Sunnah lid-daʻwa wal-Jihad, which translates as "The Congregation of the People of Tradition for Proselytism & Jihad." The name Boko Haram is a nickname given the group by the Nigerian populace, and means "Western education is sinful."  The militant group, which started out in 2002 as an indigenous rights group fighting ethnic cleansing but went full-bore Islamist in 2009, is believed to have killed as many as 10,000 Nigerians, 1,500 of them in 2014 to-date. It operates in six of Nigeria's 36 states, mostly in the northeast, where a "state of emergency" has been declared by the Nigerian government.

3. The Kidnappings Are Not a New Development

The group begin kidnapping young girls last year. While the group conducts the kidnappings largely as a terror tactic, it also sells the girls to slavers to raise money. Boko Haram militants also "marry" some of the girls, a religious fiction to excuse the mass rape of underage children. These girls could be considered "lucky"; Boko Haram routinely burns down schools and kills all the students. Twenty-nine boys were killed in a school attack in February, and 40 students were slain at an agricultural college.

Boko Haram's Abubakar Shekau released a video claiming responsibility for the kidnappings, and threatening to sell the girls into slavery. The group's current acknowledged leader, Shekau regularly assassinates anyone in the organization who questions his absolute rule. The Nigerian government came close to a peace deal with Boko Haram last year; but when the Obama administration added Shekau to its list of known terrorists and announced a $7 million reward for his capture, he abandoned the talks.

5. Boko Haram is not Al-Qaeda, but It Might as Well Be

Boko Haram has no discernible ties to Al-Qaeda or other known terror organizations, including Al-Qaeda in the Islamic Maghreb. But the group's leadership has repeatedly expressed admiration for Al-Qaeda and its goals, and draws much of its ideology from the same discredited Islamic thinkers as its larger rival.

6. They target the Nigerian government, Christians, and Westerners

7. They Think Everything Associated with the West is Evil

Boko Haram believes that all contact with Western society is evil and must be prevented with violence. Its leaders have declared that the spherical Earth, the Theory of Evolution, and (of all things) evaporation as the source of rain are Western lies; all secular government is evil, especially democracy; and that any form of education, apart from their particular flavor of males-only Islamic education, constitutes Western propaganda. They seek to impose the same kind of extreme Sharia law as Al-Qaeda, Hamas, and other Islamist groups.

They have threatened to attack the United States, referring to us as "a prostitute nation of infidels and liars." No American citizens are known to have been injured or killed by Boko Haram, but they have kidnapped and murdered a number of foreigners from Western nations and from Western allies like South Korea. They have been known to ransom captured Westerners for cash.

9. The Nigerian Government Has Been Slow to Respond

The Nigerian government's initial response to the Chibok kidnappings was tepid at best, with president Jonathan largely ignoring the tragedy until the news exploded in social media. Many Nigerians were afraid to speak publicly about the kidnappings or protest the government's inaction, for fear of reprisals from Boko Haram. Jonathan's wife, First Lady Patience Jonathan, didn't help the situation, insisting that the kidnapping reports were exaggerated, and ordering protesters arrested.

10. Nigeria and the US Are Now Taking Action, but It's Not Enough

While the Nigerian government has poured massive resources into fighting the insurgency, it does not cooperate with neighboring countries like Chad and Niger that also suffer from Boko Haram activity. They have been accused of human rights abuses in fighting Boko Haram; hundreds of captured suspected militants are said to have been killed without trial while detained. The United States contributed about $4 million to Nigeria last year to fight Boko Haram, and the Obama administration intends to send military advisers to train Nigerian special forces. Secretary of State John Kerry has promised Nigeria assistance in locating the missing girls.

The Twitter campaign has been seen by millions of people worldwide; but while the "hashtag activists" responsible have been lauded for forcing the governments of Nigeria, the United States, and Great Britain to take action, critics have suggested the international media attention is exactly what Boko Haram wants. This is the same criticism that was leveled at the KONY2012 online campaign, designed to shine light on the child soldiers used by the war criminal Joseph Kony of the Lord's Resistance Army in Uganda. It's hard to see, however, how ignoring the crisis will in any way help the hundreds of young girls still missing and facing rape, slavery, and death.

You can help. Malala Yousafzai, the Pakistani schoolgirl who survived being shot in the head by Taliban assassins for the crime of attending school, has started a fund that will contribute money to groups in Nigeria working on finding the girls, and groups dedicated to helping and protecting schools.

10 Things You Need to Know About Boko Haram — and the 300 Girls They Kidnapped was last modified: May 8th, 2014 by Jeremy Holcombe
2014 Chibok kidnappingAl-QaedaAl-Qaeda in the Islamic MaghrebBoko HaramChristianityGoodluck JonathanIslamIslamic terrorismIslamistsJohn KerryMalala YousafzaiNigeriareligious persecutionterrorismwar on terror
1 comment
0
Facebook Twitter Google + Pinterest 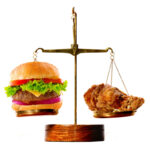