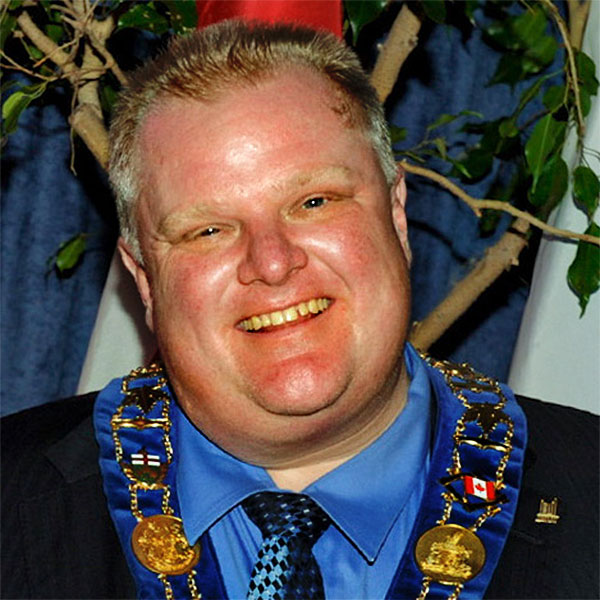 Toronto Mayor Rob Ford announced Wednesday that he will be taking a leave of absence, aka a rehab stint, from his mayoral re-election campaign to get help for substance abuse. Ford is starting the 30-day treatment course as police investigate a new video that surfaced late Thursday evening of the mayor smoking out of a crack pipe — yet again, as this is not the first time the cracked-out Canadian mayor has been seen pulling such un-mayoral stunts. In May of 2013, a Toronto newspaper reported that they had access to a cell phone video that showed Mr. Ford smoking crack cocaine and ranting on about political issues. Talk about political scandal, eh?

"It's not easy to be vulnerable, and this is one of the most difficult times in my life," Ford stated on Wednesday during his rehab announcement. "I have a problem with alcohol, and the choices I have made while under the influence. I have struggled with this for some time."

Sources say this latest video was filmed in the wee hours of the morning on Saturday, April 26th, and was released to reporters from the Toronto Globe & Mail, a leading Canadian newspaper. In the video, Ford is seen smoking an unconfirmed substance from what a drug dealer describes as a copper-colored crack pipe, and the publication says the video was recorded in what appears to be Ford's sister's basement. The dealer, who reportedly leaked the tape, says it's part of a three-video package he's selling for about "six figures."

Ford's lawyer, Dennis Morris, states that the leave is immediate and that "[Ford] has to take a break to re-energize, because he realizes he has flaws that have to addressed." ( It's funny, though, that Ford suddenly realized this just before the media could demand a statement about the video.) Morris added that he does not believe the video is authentic, since the drug dealer is using it to make money.

The craziest part of this "druggy mayor" scandal is that despite all of the media frenzy and and the stint in rehab, Ford is still seeking another term in office! He has said to reporters, "As you know, I'm a human being — the same as everyone of you — and I'm entitled to a personal life, and my personal life does not interfere with the work I do, day-in and day-out, for the taxpayers of this great city."

Boy, if that's not a sure-fire way to get re-elected, I don't know what is. 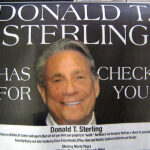